It’s been a productive start to the campaign in all competitions and, on Thursday, Tottenham return to the Europa League as they look to push for a place in the knockouts. Top of the EPL table (not joint top), Jose Mourinho’s side will undoubtedly see some changes to the starting XI that saw off Manchester City but they remain hot favourites.

Ludogorets are the opponents and the Bulgarians from Razgrad sit on the brink of elimination as they arrive in North London.

Tottenham are waiting anxiously for news on Toby Aldeweireld after the Belgian centre back withdrew during the early stages of Saturday’s match. There are no firm updates on a groin problem that Jose Mourinho described as ‘bad’ but it looks certain that Toby will be missing for the immediate future.

Matt Doherty missed the Manchester City game following a positive Coronavirus test and he’ll also be out on Thursday, while it’s also unlikely that Harry Winks and Erik Lamela will be risked. Meanwhile, Japhet Tanganga has been nearing full fitness and could be included on the subs’ bench at the very least.

Thursday’s match is an 8pm kick off and we currently see Spurs available at best odds of just 9/100 with Novibet for the win. The draw is the next option on the list at a top price of 12/1 with VBet while anyone looking to get behind Ludogorets can get 30/1 with 888Sport and Unibet.

Neutrals might find it hard to look beyond the home win and there’s precious little point in taking odds that are so short. Thursday’s opponents are bottom of the group, having lost all three of their opening games but they have scored five times and have gone down by one-goal margins to Linz and Antwerp.

Much could depend on the team that Jose puts out but the manager has a fairly full squad and still has the potential to include some senior players who need game time. It does look like a comfortable evening is in prospect so let’s move on and take a look at some alternative betting options. 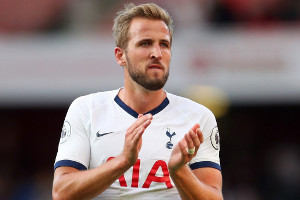 Prospective punters may want to leave it late in terms of individual goal scorer markets. Team selection is a big question for Europa League games but it’s Harry Kane who starts as favourite to find the net first at 2/1 with 888Sport and Unibet. Reserve striker Carlos Vinicius is next at best odds of 11/4 with GentingBet while Gareth Bale follows at 17/5 with Unibet and 888Sport.

It’s Spurs all the way in this market with Son Heung-Min slotting in as fourth favourite at a top price of 15/4 with VBet while Dele Alli is available at a best of 5/1 with Betway. Other, longer-range picks include Lucas Moura at best odds of 27/5 with Unibet and 888Sport while Giovani Lo Celso can be found at a tempting top price of 10/1 with Betway.

As for Ludogorets, their first representative is Claudiu Keseru who is quoted at best odds of 20/1 with Betway and GentingBet.

Moving on to our other regular side markets, both teams to score can be claimed this week at best odds of 7/4 with GentingBet. It’s rare for this bet to head above Even Money and, in contrast, those who vote ‘no’ on BTTS can find odds of just 1/2 with Unibet and 888Sport.

Based on those figures, we might expect to see some favourable prices in the Total Goals betting. That isn’t, however, the case as betting over the 2.5 line will currently return just 1/3 with BetFred. For Thursday’s game, we have to bypass over 3.5 and go to Over 4.5 before we find an odds against price. For this wager, VBet have the best industry odds of 39/19.

Moving on to Correct Score betting, a repeat of our 3-1 win in Bulgaria last time out will currently return best odds of 10/1 with 10Bet and SportNation. If anyone feels that we might slip up here, a 1-1 draw is quoted at a top price of 25/1 with VBet and GentingBet.

As we’ve seen, Claudiu Keseru carries the shortest price of any Ludogorets player in the first goalscorer betting and, while his odds of 20/1 are similar to that of Eric Dier, he is the one to watch. The Romanian international scored his side’s only goal in the reverse fixture and he’s been a prolific force in domestic football for his current employers.

In over 200 games for Ludogorets, Keseru has now hit the 125 goal mark and, at a ratio better than a strike every other game, he’s the obvious dangerman for Thursday night’s fixture. 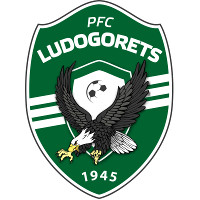 It seems that the bookies are expecting plenty of goals in this game but they can’t see Ludogorets contributing. That’s not a surprising assessment but the Bulgarians have scored in all of their Europa League games to date and there is some threat within their front line.

So we’ll start by taking that Both Teams to Score bet which has risen to rare heights of 7/4. Tottenham haven’t conceded in their last two Premier League games but BTTS is never far away when we take to the pitch.

We also feel that Over 3.5 goals is a likely option for Thursday but we’re not keen on taking the odds on prices that are attached to it. Therefore, there are just the two tips this time but you could add Over 3.5 if you are happy with a modest profit. Alternatively, that 3-1 home win would be our suggestion for a smaller wager in the correct score betting.

Our other pick is for Lucas Moura to score in 90 minutes. We’re repeating ourselves with this but the Brazilian has been productive for us in Europe and we’re happy to get behind him again.