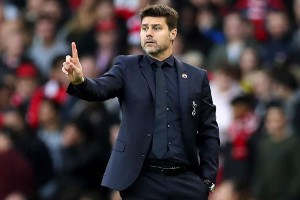 A number of factors in the last few days have seen Mauricio Pochettino tumble in the market to become the first Premier League manager to leave their post in 2019/20. Known as the Sack Race, this is one of the most popular novelty football bets but should Spurs fans be worried about the turn of events?

Out at 66/1 as July came to an end, the beginning of August saw Poch tumble to 10/1 in places while the best odds we could find now come in at 20/1. The market is an indicator of course but does it mean that the Argentinian’s patience with Tottenham’s transfer policy has finally run out?

There are two factors that seem to be putting Mauricio Pochettino in the frame for an early departure and the first of these relates to Spurs’ spending in the summer transfer window. When asked about transfers, the boss replied.

I am not in charge, I know nothing about the situation of my players. I am only coaching them, trying to get the best from them.

Elsewhere, it’s also being reported that Real Madrid may swiftly lose patience with Zinedine Zidane if his side make a subdued start to the La Liga campaign and start to lose ground on rivals Barcelona. Adding Pochettino’s comments into the equation has led to an obvious link and Mauricio’s odds in the EPL Sack Race betting have tumbled as a result.

If you follow the betting markets, you’ll find that Mauricio is some way down the list of Sack Race candidates. Leading the way is Manchester United’s Ole Gunnar Solskjaer who has come in to a short price of 4/1. The Norwegian is just ahead of Crystal Palace’s Roy Hodgson at 6/1 while new Brighton boss Graham Potter is next at 8/1.

Before we get to Pochettino, we still have to work through Dean Smith of Aston Villa, Chris Wilder of Sheffield United, plus Frank Lampard, Daniel Farke, Ralph Hassenhutl, Marco Silva, Javi Gracia and Manuel Pellegrini. It’s hardly a ringing endorsement for an early Pochettino departure but that fall in pricing has been enough to alert the media.

Speaking to the press later in the week, Pochettino seemed eager to downplay his earlier remarks. Insisting he had a good relationship with Daniel Levy, the manager, Mauricio underlined his contentment at Spurs – no matter what his official title may be.

We need to be relaxed and calm. I am so happy.

I hope we have a very good season. We are trying to bring the best team possible.

It’s a challenge at a club like Tottenham but we are going to work together. After five years we have built a very good relationship with Daniel Levy.

Those earlier comments have been played down as a spontaneous reaction but Pochettino also spoke of the need to respect the club. Was it a show of frustration which has led to the manager being called into line? Does that drop in odds suggest something behind the rumours or can we just relax and look forward to another full season of Mauricio Pochettino in the hot seat?