The late start to the 2020/21 Premier League season means that while we are only ten matches into the campaign, the winter transfer window is on the verge of opening up. The rumour mill is in full swing and, as always, Spurs play a major role in the gossip columns.

A number of reports will follow and we will assess some of these in the days leading up to that window but one of the recent stories to gain momentum involves a link to Leicester City winger Demarai Gray.

According to Mediareferee.com reports, Gray is firmly under the radar of Spurs and their manager Jose Mourinho. Elsewhere, other outlets suggest that the player is already set to cross to the white half of north London in the New Year.

Tottenham fans will surely be sceptical and rightly so: While Gray may have been a highly sought after asset in the past, he’s firmly out of favour at Leicester City and has yet to feature in the Premier League this season. The player appeared in 21 EPL games in 2019/20 but the vast majority of those came from the subs’ bench so it’s fair to say that Foxes manager Brendan Rodgers doesn’t rate him. 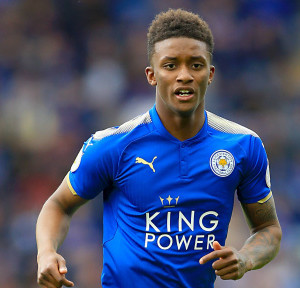 The other question that needs to be asked when assessing any transfer rumour is whether Tottenham have a need for the player. In the case of Demarai Gray, a wide player offers something different but we surely have that covered. Jose’s reluctance to play Gareth Bale in this campaign suggests that he might have other names in the frame although Bale is much more than the marauding wide man that tormented Inter Milan all those years ago.

Another option would be to recall Ryan Sessegnon from his loan spell at Hoffenheim and, while it seems clear that Mourinho is unsure over the former Fulham man’s worth to Spurs, he’s surely a better option than Gray at this stage in his career.

The one part of this story that really does make sense is the suggestion that Demarai Gray would be available on a free transfer when his contract runs down at the end of the season. That’s the kind of sum that will attract our chairman so there could be some plausibility to these rumours. Tottenham continue to fight on four fronts and, with a busy fixture calendar ahead, there are worse options if the manager wants to add a squad player.

No other clubs appear to be linked with Gray’s signature right now and, while he continues to play with the Foxes’ development squad, he’ll surely want to move on from the King Power at the first opportunity.

In summary, if there is any truth in the story then it could be the end of the road for Ryan Sessegnon. Beyond that, it doesn’t seem to add up and there must surely be a better option if Jose feels that he does need an alternative in this key area of the pitch.