It’s not been the greatest opening to a new season for this Spurs side. Admittedly, four points from the opening two games was as much as we could have hoped for, keeping in mind that the second of those fixtures was away to Champions Manchester City.

However, neither that nor the opening day win over Aston Villa could be considered convincing but with points in the bag we would all have been looking forward to a more positive performance at home to Newcastle United. The subsequent 0-1 reverse has many of us worried so, could this be the worst possible time to be travelling to the Emirates? 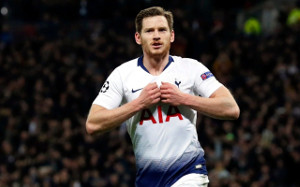 We don’t know everything at this relatively early stage but there is some confirmed news so we will start with the positives. At the start of the week, reports indicated that Dele Alli was returning to full fitness and that he should be involved at some point.

The negatives start at right back where both Kyle Walker-Peters and Juan Foyth are injured while there seem to be no confirmed reports as to the whereabouts of Serge Aurier. Moussa Sissoko filled in against Newcastle but Eric Dier would surely be a more sensible option.

Talking of sensible – Jan Vertonghen to start would be nice. Meanwhile, as we move up to midfield, Tanguy Ndombele remains doubtful and the uncertainty over Christian Eriksen’s future also makes him an unlikely starter. It’s all a bit of a mess but things may become clearer when the club confirms official team news closer to kick off.

The market is relatively tight for this game with odds against prices on all three possible outcomes. Arsenal have picked up more points at this, admittedly, early stage and they have the home advantage so it’s Unai Emery’s team who start as favourites at best industry odds of 7/5 with Black Type and Bethard.

A win for Spurs is the next option on the list at 19/10 with Unibet and Betway while the draw completes the market at 13/5 with SportingBet and Sport Pesa. Last season’s corresponding fixture didn’t go so well but, as we’ll see when we get to the head to head section, our record against Arsenal has improved significantly in recent years – even away from home. Of course we can get a draw at the very least even though Tottenham fans may not back a positive result with any great confidence. 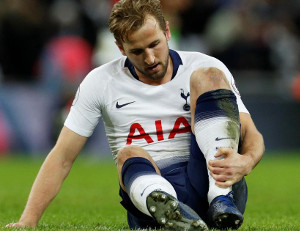 Two weeks ago, Harry Kane was out to 8/1 to open the scoring as Manchester City players dominated the individual goals markets. He has plenty of competition once again but this time, Spurs’ main striker is much shorter at best odds of 17/4 with either Unibet or 888Sport.

That figure puts Kane as the favourite in this market and he’s just ahead of Pierre-Emerick Aubameyang at a top price of 9/2 with 10Bet and Bethard. Andre Lacazette follows at a best of 11/2 with Betway and then we come to Son Heung-Min at 7/1 with SportNation and RedZoneSports. The options continue to be mixed with neither side dominating and some longer picks include Lucas Moura at best odds of 8/1 with 10Bet and Sport Pesa, Henrik Mkhitaryan at that same 8/1 with William Hill and Ladbrokes plus Erik Lamela at a top price of 10/1 with 888Sport and Unibet.

Our usual round up of other popular side bets starts with Both Teams to Score which is listed at 18/35 with SportNation and RedZoneSports. That looks quite short and given Spurs’ issues in front of goal last weekend, you may want the ‘No’ option which is available at 17/10 with Unibet.

In a similar vein, we would rather look at Under 2.5 Goals at best odds of 29/20 with Unibet rather than the Over option at a top price of 6/10 with Black Type.

If you want a correct score punt, a 1-1 draw doesn’t look bad at all at odds of 13/2 with BetFred and SportingBet.

We’re not in the business of praising Arsenal players but we should really consider where their main threat will come from. Obviously there are the two main strikers who featured strongly in the first goalscorer betting but for those of us who don’t pay close attention, how have they been doing this season?

Arsenal have scored four goals so far with Aubameyang scoring twice and Lacazette picking up the opener against Burnley. The remaining strike came from Lucas Torreira in last weekend’s 3-1 defeat at Liverpool. The answer is in there somewhere but as this is starting to get uncomfortable, we’ll move swiftly on.

Arsenal’s run of wins for most of the Wenger years have rather skewed the head to head results and left us with some catching up to do. Sunday’s game will be the 199th official fixture between these two sides and, of the previous 198, Spurs have won 64.

Meanwhile, Arsenal have won 82 and there have been 52 draws. Recent games have seen an improvement in those numbers and if we take into account the last nine matches, including last season’s League Cup tie, we have lost just twice.

The record may be improving but, of course, it’s all about the next game.

It’s important to remain positive, if at all possible, when you’re writing for a blog on a regular basis or the process can drag everybody down. The Newcastle defeat was a poor one but four points from two was as good a return as we could have expected from the previous two matches.

It’s early days and a positive result on Sunday will bring us all out of a slump and we know that we can produce one when we are on our game. Selection may be crucial and we hope that whatever is preventing Jan Vertonghen from starting can be resolved. The two Belgians at the back would give us a stronger platform and then it’s all about the attacking players being more penetrative than last week.

That said, it won’t be comfortable viewing on Sunday and the thought of a draw or better is coming from a position of hope rather than expectation.