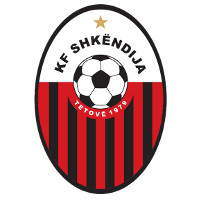 The reward, if that’s the right word, for our win over Lokomotiv Plovdiv last time out, is Thursday night’s trip to Macedonia to face Shkendija Tetovo. This is the final qualifier and, if we come through with the win, we can now park the Europa League until the group phase kicks in sometime next month.

The one-off match, which must be settled on the night, is being played in the National Arena in Skopje and it comes with a 7pm kick off UK time. In this preview, we’ll try to guide you through the opposition and see if we can make some predictions for the night.

With Tottenham enjoying an unscheduled break following the cancellation of Tuesday night’s EFL Cup tie with Leyton Orient, the team news is largely unchanged from earlier in the week. Japhet Tanganga remains a doubt in a game where he would stand a good chance of being involved while new signing Gareth Bale is unavailable for a few weeks.

Otherwise, Jose Mourinho is likely to have a full squad to select from and the starting XI may well be similar to the one that took on Plovdiv a week ago.

Spurs start as clear favourites and are shorter than last week when we travelled to Bulgaria. The best industry odds on the away win currently stand at 21/100 with Novibet while a victory for Shkendija is right out at a top price of 18/1 with VBet. As regards the draw, this can be claimed at a best of 34/5 with VBet once again.

Those are the numbers for the result in 90 minutes and we have a separate To Qualify market which would take into account any extra time / penalties. Here, the best odds for Spurs drop to 1/16 with Betway while the top price for Shkendija comes in to 19/2 with VBet.

We don’t know a lot about the opposition but the odds will reflect the comparative strengths of the two teams. We should come through it but clearly, we should take nothing for granted as the late win over Plovdiv proved.

Not every bookmaker is embracing a wide set of side markets and only a few are quoting odds for first goalscorer at the moment. This may change in the hours leading up to kick off but for now, Harry Kane goes in as favourite to open the scoring at best odds of 21/10 with VBet.

The first mention of any home player sees Besart Ibraimi come in at best odds of 11/1 with Betway. As we’ll see in the next section, the striker seems to be the most likely source of goals for the hosts and he could certainly be worth a look in the anytime market where he comes in at a top price of 5/1 with Betway once again.

Moving forward to team goals betting, Both Teams to Score becomes an odds against pick at a top price of 13/8 with Betway. Those looking to vote ‘no’ on BTTS will find that this is the favourite for Thursday’s game at best odds of 29/50 with Novibet.

Total Goals betting shows that a modest bet of Over 2.5 comes in at a short top price of 13/25 with Novibet. However, pushing to Over 3.5 actually returns some reasonable value at 13/10 with 888Sport and Unibet.

Only the brave will take a Correct Score bet this week: A repeat of last week’s narrow 2-1 away win will currently return 10/1 with BetFred and GentingBet while a pessimistic outlook and a 1-1 draw on 90 minutes is available at a top price of 16/1 with GentingBet.

Shkendija Tetovo were formed in 1979 and there is a large Albanian influence in the club. Many of the side’s best players have been Albanian internationals and that theme continues into the present day. Over the course of their history, Shkendija have won the Macedonian First League – the top flight in the country – on three previous occasions. Their most recent triumph came in 2018/19 but, last season, the club finished down in third place and have been playing through the Europa League qualifiers on the back of that.

We’ve seen that Besart Ibraimi carries Shkendija’s shortest price in the individual goalscorer markets and he’s one of the most prolific players in Macedonian football. The striker enjoyed a brief spell with Schalke 04 and he comfortably averages more than a goal every other game for his current club.

It’s another step into the unknown against mysterious opposition and, just as Plovdiv proved seven days previously, that can always be a dangerous mission. Poor pitches can often be in place, waiting to offer excuses and, even with the Orient game called off, a packed fixture list is never helpful.

Clearly we should win it but, even if you’re supremely confident with that notion, it’s unlikely that many will get involved with such short odds on a Spurs victory. We’ll therefore focus on the side markets this time and start with Both Teams to Score, followed by Over 3.5 goals. While Kane and Sonny may not be involved too much, we’ve hit some form in front of goal while remaining vulnerable to our opposition at the back.

Prior to the scheduled Leyton Orient game, we were looking to back Erik Lamela for an anytime goal in 90 minutes. We suspected he would enjoy greater involvement in that match so it seems logical to bring that bet into Thursday’s game. Overall, a comfortable win would be fine, no matter who finds the net but let’s look to these three tips to make it a profitable night too. Remember, all three picks are for 90 minutes and exclude the possibility of extra time.