Ah the Champions League! Mixed memories come flooding back as we return to this competition and Wednesday night’s first leg home tie with RB Leipzig. Last year’s knockout stage was punctuated by unconvincing home performances that were ultimately rescued in dramatic fashion in the returns but you suspect that we can’t afford to be so profligate this time.

A solid advantage is likely to be needed against the second placed team in the Bundesliga so let’s crack on with our match preview.

When we have a quick turnaround between a Sunday game and our Monday morning preview, there’s always very little that we can pick up on. There appeared to be no new injury concerns from the Villa match, however, so that’s likely to leave us with just the long-term absentees Harry Kane and Moussa Sissoko.

Ben Davies returned to the side while others such as Erik Lamela who were carrying minor knocks, are expected to come back into contention. Therefore, we can probably just rule out Kane and Sissoko, leaving Jose with no new concerns.

Remember, all the odds that we mention in this round up are for Wednesday’s game and will exclude the return leg in Germany. Therefore, in terms of winning on the night, Tottenham are the favourites and you can pick us up at best industry odds of 31/21 with VBet. Victory for RB Leipzig is next at a top price of 2/1 with SportingBet while the draw rounds it off at 12/5 with 10Bet and 888Sport.

Neutral punters will certainly see some value in the German side this week: They’re pushing Bayern Munich for the Bundesliga title and proving that there is more than one team in Germany. Our feeling is that we will carry a narrow win into the second leg but if we had no bias towards the home team we might be eyeing up the draw. If we are to carry across that advantage, who are the players who will clinch it on the night? 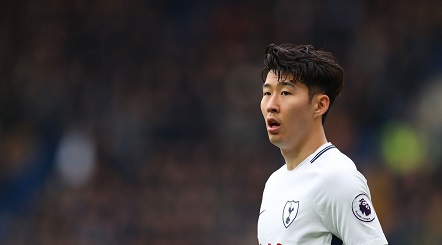 RB Leipzig may be the marginal outsiders to win the first game but their key striker leads the way in the first goalscorer market. Timo Werner is the pivotal man for the visitors and he is quoted at best odds of 5/1 with Unibet and 888Sport to open the scoring.

We’ll come to Werner’s stats in the next section but behind the German striker, there are a number of Spurs players in contention. Son Heung-Min is in a strong run of scoring form and you can claim the South Korean at 23/4 with Unibet and 888Sport once again. Lucas Moura follows at a top price of 7/1 with the same two bookmakers while you can also pick up Leipzig’s Patrik Schick at a best of 7/1 with Betway.

We may have already found the winner in this particular market but other options include Dele Alli at 8/1 with Unibet and 888Sport or Steven Bergwijn who is quoted at the same 8/1, this time with SportNation and RedZone.

We’ll move on to our regular set of side bets and we’ll start with Both Teams to Score. With two strong, attacking teams on show, we shouldn’t be surprised to see this bet available at relatively short best odds of 4/7 with William Hill.

Staying with the goals markets, we’ll switch to the overs and unders lines and for those taking the relatively safe option of Over 2.5, you will get odds of 4/6 with BetFred and VBet. We feel you can be braver for this game and by pushing that up just one notch to Over 3.5, we can claim a much more interesting top price of 32/19 with VBet.

This is also a game where we like the look of the winning margin bet from Betway that gives you an option on either team. Unfortunately it’s not out at the time of writing so, we could look for Tottenham to win by one goal at best odds of 18/5 with SportNation while the same bookie has a top price of 74/17 for RB Leipzig to win by the same margin.

That leaves us to sign off with Correct Score options and there could be some exceptional value this week. Our feeling is that this will be a tight, but high scoring encounter and that could make a 2-2 outcome a strong pick at best odds of 11/1 with SportingBet.

Alternatively, 3-2 to Spurs is listed at a top price of 22/1 with 10Bet while the same scoreline in favour of Leipzig can be quoted at the same 22/1 with Coral and VBet.

Even before we reached the goalscorer betting, you would have probably been familiar with the name of Timo Werner. As a teenager with Stuttgart, the striker returned quite a modest scoring record but since switching to RB Leipzig in 2016, he’s been transformed into one of the hottest properties around Europe. This season, his record is phenomenal and Werner is averaging almost a goal a game across all competitions.

Coming into Wednesday’s clash, the striker has 25 goals in 31 matches so far in 2019/20 so we clearly have an obvious dangerman.

If you’ve been paying attention then you will have noticed that Patrik Schick carried a relatively short price in Leipzig’s first goalscorer betting. The 24 year old Czech Republic international is on loan from Roma and has already scored four goals in eight Bundesliga appearances so far. It’s a potent attack descending on North London and it will be tough for Hugo Lloris and his back line to shut the Germans out over two games. 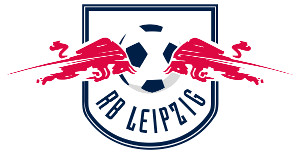 There are no head to head stats to deliver as the sides have never played each other in senior competition. But, rather than do away with this section, we hope you’ll indulge us for a moment as we take a trip down memory lane.

In the 1973/74 season, we were drawn against East Germany’s Lokomotiv Leipzig in the UEFA Cup. It was to be an ill-fated campaign as Spurs lost in the final to Feyenoord but before that reverse, we beat Lokomotiv in both matches and returned a 4-1 aggregate scoreline.

Brief, grainy footage can be found on YouTube but is there any chance of achieving a similar outcome in this tie?

As we mentioned in the dangerman section, it’s tough to see Spurs keeping two clean sheets against the likes of Werner, Schick and co so we clearly need to score a few ourselves. We should have some confidence in this respect: The loss of Harry Kane on New Year’s Day was, initially, a huge concern and the club went on a run of three league games without scoring – starting with that January 1st defeat to Southampton.

That record has improved with eight goals in our last three and Son Heung-Min has scored six in the last five. That really is the key to this tie over two legs. We will concede but feel that we can edge a tight contest, especially with home advantage in the first game. We’re looking at a high scoring win to start things off but will simply settle with these three bets rather than jinx the result.