The Best Spurs Blogs to Read this Summer

When this long football season finally comes to an end, we’re expecting just a short break before 2020/21 kicks in. Reports suggest that the new EPL campaign will begin in September and we all hope that it progresses without a break this time.

During that brief rest, you can keep in touch with all the news and rumour from around the new Tottenham Hotspur stadium. We suspect that most of this will relate to transfer gossip but we might just get some confirmed deals in before the new season kicks off.

We look to update around twice a week at the Lilywhites Blog but, if you are missing a daily fix of all things Spurs, here are some other Tottenham sites that you might like to try.

If this is not enough then visit the following link where 25 Spurs blogs are listed – LilyWhites proudly takes the 8th position
https://blog.feedspot.com/tottenham_hotspur_fc_blogs/

In terms of sheer frequency, it’s tough for anyone to match the output of the Spurs Web. They can typically post around 20 updates a day so you will never be short of something to read at any point.

Quantity isn’t always everything but the Spurs Web produces quality content and it’s always thought provoking. Another good point about the website is the fact that they are quick to respond to matches, injury updates and other news. If a game has finished then you won’t be waiting until the next day to catch their thoughts. In conclusion, for a website that is constantly updated with Tottenham news and views, the Spurs Web is hard to beat.

As the name suggests, Football London is actually a comprehensive set of websites that cover all clubs in the capital but there is enough Spurs interest to make them a worthy addition to this list. They have dedicated correspondents for each club and, rather than part time bloggers, these are serious journalists who can gain access to the team, the manager and the players.

As such, the news that appears at Football London can be more informed. It’s not always the case but you can tend to rely on the stories more than you could with certain other sites so we suggest checking this one out.

Another long standing website, Tottenham Blog mixes in a fair bit of humour with its news updates and opinion. You can generally expect around three stories a day on this site and they are also quick off the mark whenever a match has been played.

Tottenham Blog also mixes in a fair bit of nostalgia so it should keep fans of a certain age very happy too. It’s a great all rounder and a light hearted read that should lift the mood whatever the side has contrived to do on the pitch.

The name pays homage to one of our recent, injury prone skippers and Cartilage Free Captain is simply one of the most popular Spurs related blogs online. With some 74,000 Facebook fans and around 15,000 Twitter followers, there is some serious endorsement on social media and it’s easy to see why.

It isn’t always the busiest site in terms of updates with around four stories being loaded up each day. However, as we can testify, it’s not all about quantity and the quality of the input from its writers is the most impressive part of Cartilage Free Captain. It’s a very comprehensive site too and one of the few blogs around that also has a section for the Spurs women’s team. A good all rounder, Cartilage Free Captain’s impressive social media following is a testament to its quality.

The Hotspur HQ website describes itself as the ultimate home for Spurs news and associated reports and while that’s a bold claim, they certainly have a strong social following to back it up. thousands of fans tune in on social media to what is one of the more popular Tottenham sites around.

It’s not an especially busy site with around two posts a day on average but once again, it’s all about quality over quantity. The homepage is nicely laid out with easy to follow sections and we particularly like the match previews which include good analysis of our upcoming opponents. 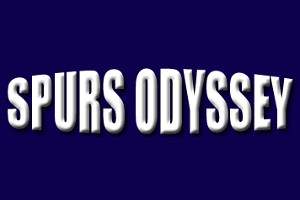 The Spurs Odyssey website may have the same basic design that it’s carried for years but behind that simple appearance lies a wealth of experience and knowledge. Run by lifelong fan Paul Smith, you can often see him quoted on Sky Sports news channels whenever some big breaking news involving Tottenham comes long.

Paul is backed up by regular input from respected journalist Norman Giller so there is a wealth of experience on this website and it’s one that all Tottenham fans should be checking out. With regular posts each day, this is another very active site with news and opinion throughout the season and into the summer.

To the Lane and Back 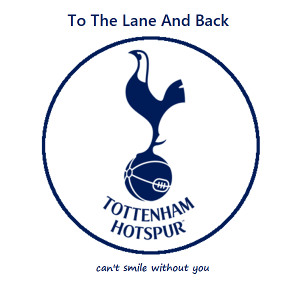 One of the newer sites on this list, To the Lane and Back has yet to really build up a strong following but we think that it’s definitely worth a read. Perhaps the reason for its slow uptake on social media lies in the fact that it tends to focus more on transfer gossip. As we all know, the majority of these stories don’t come to anything but they can be an entertaining read and, if it’s transfer rumour that you’re after, you’ll find it in abundance here.

It’s not all about discussing who may or may not be coming into or leaving the club. Team news and opinion is also here so there is a lot to get through at this fansite.

Of course, we would be very happy if you stayed loyal to the Lilywhites Blog and kept up to date with news, opinion and transfer rumour as the summer develops. We will do our best to keep you in the loop and offer you the chance to have your say on all things Tottenham Hotspur.

We realise, however, that we’re not able to update quite as often as we would like due to work commitments so others need to step in. If you like our blog, we’re sure that you’ll enjoy these alternatives which will help pass the time, both in the summer and in the seasons that follow.