A Guide to Tottenham Hotspur Wags

Footballers’ wives and girlfriends, or Wags to give them their more common name, have been in the headlines recently and the spat between Colleen Rooney and Rebekah Vardy has provided some amusement – even to those of us who don’t normally take an interest in this sort of thing.

It’s at times like these when we can be relieved that Spurs players’ Wives and Girlfriends tend to take a much lower profile. There does, however, seem to be great interest in this sort of thing. It would appear that no Spurs blog would be complete without a rundown of our own Tottenham wags.

Here, then, is your indispensable guide to the women behind some of our best known players. 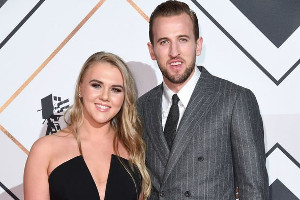 The name doesn’t make it obvious at first but Katie Goodland is Harry Kane’s fiancee and the mother of his children. The pair are said to have been childhood sweethearts and have therefore known each other for most of their lives.

Like most of Tottenham’s Wags, Katie has been keeping a low profile during his time as a professional. She also has her own career as a fitness instructor. As Harry once told Esquire magazine:

We went to school together so she’s seen my whole career. Of course she’s finding it a little crazy. I think she’s even been in the papers a couple of times taking the dogs out.

While the couple are engaged, there appears to be no set plans for the wedding as yet and if Spurs fans are looking for their next star striker, they may have to wait. Harry and Katie have so far produced two baby girls – Ivy and Vivienne – who may well be contesting for a place in the women’s team in around twenty years time. 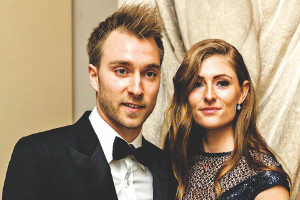 Once again, there are no real clues in the name although the Scandinavian origin might just tell you that we’ve moved on to the girlfriend of Christian Eriksen. We’re not sure if Sabrina Kvist Jensen has recently been checking out properties in Madrid but for now, she’s very much one of our own wags.

Sabrina is also said to be happier staying out of the limelight. For those who like to know these things, she’s also a trained hairdresser. So there are plenty of parallels between Christian’s girlfriend and Harry Kane’s fiancee Katie Goodland.

Only recently did the couple hit the headlines following an outrageous claim that Sabrina Kvist Jensen was having an affair with Eriksen’s Spurs teammate Jan Vertonghen. The scurrilous rumour was shot down as fake news by all concerned and she has slipped under the radar once again.

Christian and Sabrina have also been together for some time. They are said to have begun dating in 2012. They now have a young son so perhaps the Eriksen footballing dynasty will be continued. 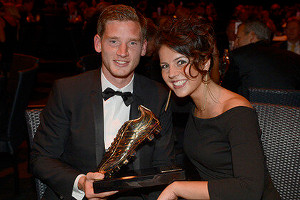 Speaking of Jan Vertonghen, our Belgian centre half’s other half is Sophie de Vries. The pattern of Tottenham Wags seems to be developing and once again, the two have been involved in a long term relationship which began when they met at the VMBO Secondary School in Amsterdam. They are now married and Sophie has her own career in the theatre – splitting her time between London and Amsterdam.

They finally got married in 2014 and Jan and Sophie now have two children – a daughter and a son born in 2015 and 2017 respectively. We have constantly seen in this article how Spurs’ players’ wives and girlfriends like to keep a low profile but Sophie de Vries is further under the radar than most. She’s very much her own person with her own career but is clearly very supportive of her husband and long term partner. 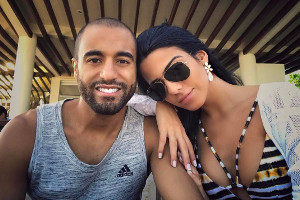 Many Spurs fans will already be familiar with Lucas Moura’s son Miguel. After scoring a hat trick against Huddersfield Town towards the end of last season, the Brazilian’s young offspring joined him on the pitch for a very special kickabout between father and son.

The woman behind the two men is Larissa Saad who, with over 180,000 followers on Twitter, looks to carry the highest profile of any Tottenham Hotspur Wag. If you’re not a regular subscriber to Brazilian gossip mags then you may not have seen her photos adorning the equivalent of Hello and OK but, according to reports, Larissa is featured there on a regular basis.

According to other sources, the couple have known each other since 2011 but they only started dating four years later. In 2016, they got married and Miguel came along shortly afterwards. Lucas and Larissa keep a low profile in the UK but in their native Brazil, they are very much a glamour couple who are frequently in the celebrity magazines and on national television. A relatively quiet life in London must, therefore, be something of a relief for the pair who have an interesting dual life on both sides of the Atlantic. 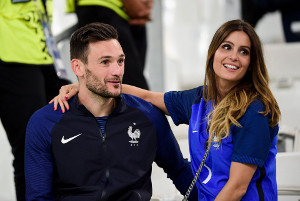 Finally we have a name where no guesswork is required. Marine Lloris is the wife of our first choice goalkeeper and French World Cup winning skipper Hugo. Like Larissa Saad, she seems to have something of a dual life – a quiet figure in the UK but a big celebrity back in her native country.

An entrepreneur – as the French say – Marine runs her own business. She has recently launched her own range of children’s clothing known as Manege En Sucre. She has two degrees and is clearly going places in the world of fashion.

It’s really uncanny how all of the women featured have known their partners for some time but few can match the longevity of the Llorises. They are said to have met at school in Nice way back in 2002 and were married ten years later. By then, Mr and Mrs Lloris had already welcomed a baby girl – Anna Rose – who arrived in 2010. The family is now enhanced by another daughter, Giuliana. Both girls may be seeing much more of their Dad in the wake of his long-term injury, sustained against Brighton in early October.