Festive Fun: Nine Points up for Grabs Over Christmas Period

Here at Lilywhite Towers we’re going to be taking a well earned break over the festive period. Our preview of the Chelsea game will therefore be our last for now and we will be back in touch with news, opinion and more previews in the New Year.

Of course, there are three games to be squeezed in during that time, so rather than offer a prediction for each individual game, we’re going to publish this single round up for all three encounters. It all kicks off with… 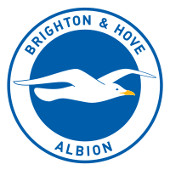 Defeat to the Seagulls in October was a low point in the season. Not only did it follow just four days on from the 7-2 reverse to Bayern Munich, the game saw Hugo Lloris depart with a long term injury, leading to claims that our players found it hard to lift themselves after seeing the skipper stretchered off.

Clearly we owe Brighton one and while all of these festive matches look to be ‘winnable’, this is the only home game of the three and the one where we really should be bagging three points.

There are some early betting markets for this one and the markets are quite predictable. Spurs are odds on across the board and can be claimed at odds of 17/35 with VBet. The same bookmaker offers up the draw at 18/5 while a win for Brighton is quoted at an industry best of 13/2 with SportingBet.

Since that 3-0 win over Spurs in October, The Seagulls lost their next game to Aston Villa but they followed up with back to back victories over Everton and Norwich City. Happily, Brighton also beat Arsenal by two goals to one at the start of this month and they go into Saturday’s home game with Sheffield United in 13th place.

The man to watch from their point of view is Neal Maupay who is Brighton’s leading scorer with seven strikes this season. The French Under 21 International averages 178 minutes per goal and scored the opener in our 3-0 defeat to the Seagulls back in October.

Following the visit from Brighton on Boxing Day, Tottenham will travel to two sides who are in the relegation zone at the time of writing. First up are Norwich City whose highlight of the season came back in September when they defeated champions Manchester City 3-2 at Carrow Road.

Unfortunately for Canaries fans, Daniel Farke’s men then embarked on a run of seven games without a win and, ahead of their match with Wolves on Saturday, Norwich sit second from bottom.

Much has been said about Teemu Pukki and the striker might seem to be the obvious dangerman in this fixture. The Finn scored the winner in that victory over Manchester City and was an early contender for the Golden Boot but he’s been unable to maintain that striking ratio.

There are no early betting markets up for this game just yet but it’s likely that Tottenham will go into it with a short, odds on price. It’s another match that we should be winning, despite conceding home advantage, but Norwich are fighting for survival and that away draw with Leicester last time out indicates that they can still trouble the top sides.

Southampton sit just three points and one place above Norwich in the relegation zone so once again, we should go into this New Year’s Day clash at St Mary’s as clear favourites. We have already played the Saints this season as we edged a 2-1 home win at the end of September in a match that was made that much tighter through Serge Aurier’s sending off.

Danny Ings was gifted a goal that day and the former Liverpool centre forward has nine goals this season and 11 in all competitions, making him Southampton’s leading scorer by some considerable margin.

Once again, we should be looking for all three points and to kick 2020 off in the best possible fashion but will the crowded fixture list start to become an issue as we head to St Mary’s?

Surely it’s going to be a complete clean sweep of nine points? These games are all winnable but this is Spurs and the fast turnaround in games also makes it tough to maintain top form. We’d probably all settle for seven points and should really be looking to win at least two of these fixtures and if we maintain the form shown since Mourinho took over last month then that’s clearly possible.

We shall see and first, we have to get past the challenge of Chelsea on Sunday afternoon. No matter what, it’s been another dramatic and largely productive year for the club and we hope for more of the same while wishing all of our readers a very Merry Christmas and a prosperous New Year.