It’s always debatable as to how much can be read into pre-season results but Spurs fans should surely be pleased to see their side edge past Real Madrid on Tuesday. Just like a team that’s going to win the Audi Cup, Mauricio Pochettino’s team claimed the honours with a 22nd minute Harry Kane strike and they will now face Bayern Munich in Wednesday’s final.

Despite there being silverware at stake, the match was treated like a typical pre-season friendly with multiple substitutions on each side but it will be seen as a useful workout and a win over the Spanish giants will be seen as a positive by the coaching staff.

While there were several absentees in the Madrid camp – most notably Gareth Bale – Real’s new signing Eden Hazard was in the starting XI but it was his mistake that led to the only goal of the game. Playing a poor ball into Marcelo, the Real defender was robbed by Harry Kane who calmly slotted past Keylor Navas in the Madrid goal.

Spurs went on to make nine substitutions at the break and, most interestingly, both Kyle Walker-Peters and Juan Foyth were given 45 minutes each at right back. With Serge Aurier still struggling via a hand injury, it looks to be a straight battle between those two to replace the departed Kieran Trippier on the right side of defence and, according to reports, it was Foyth who impressed the most.

Games such as this provide the manager with a perfect opportunity to assess his best starting XI going into the new campaign and after the win, Mauricio Pochettino gave his verdict.

Speaking to the press after the game, Mauricio Pochettino said:

I am so happy, I think the performance was very good. We played well against Real Madrid – that is never easy – so yes, a lot of positive things.

It was a very professional performance. After the trip to Shanghai and Singapore it was difficult to recover but I think we were very good. Of course you need to see the value of that victory and now to be ready for tomorrow is going to be difficult too but I’m happy because that is to build our mentality and our belief. 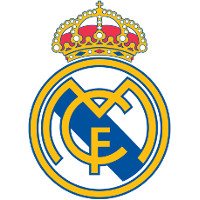 The follow up against Bayern in Wednesday’s final may be a tougher proposition. The German unit breezed past Fenerbahce with a 6-1 scoreline but the fast turnaround in games will make it tough for both sides.

Pochettino stated that he will turn things around again in terms of squad changes but those who are coming in are doing a competent job. Both Walker-Peters and Foyth impressed while Troy Parrott, who is being talked up in regards to the back up striker role in 2019/20, hit the post late on.

Keep an eye out for Wednesday’s final and to see whether Tottenham can continue a good pre-season and squeeze out Bayern Munich to claim the first silverware of the new campaign.