Summer is not only the time to confirm transfer dealings, it’s also the period when clubs put pen to paper on commercial partnerships. Sponsorship deals and betting partnerships are coming in on a daily basis and Spurs are the latest side to join in.

We’ve a familiar name involved but the sheer size of this deal is a significant one in terms of Premier League finance.

In a sense, it’s business as usual at the new White Hart Lane with global life insurance company AIA putting the seal on an eight year contract that will take the two parties up to 2027. The original arrangement between Spurs and AIA was due to expire in 2022 but with Tottenham in the ascendancy having reached a Champions League final, it clearly seemed like a good time to renegotiate.

What we now have is a renewed contract worth a staggering £320 million over the next eight seasons. That equates to £40 million a year and is a match for the vast majority of clubs in the top flight of English football.

It’s a huge commitment on the part of AIA and naturally this announcement has been met with enthusiasm on all sides.

We are delighted to announce an agreement with AIA, one of the world’s leading life insurers, to extend their long standing official partnership until the end of the 2026/27 season. 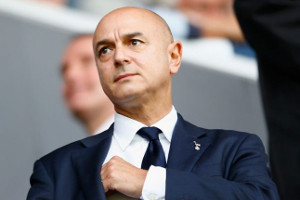 This renewed and extended partnership demonstrates the strength and success of our well established relationship with AIA and underlines the positive impact we’ve been able to bring to AIA’s brand and business.

We are proud to have the immense support of AIA at such a significant time in the club’s history.

Even for a club of Tottenham’s stature, it is vital to secure commercial deals of this kind if they are to maintain their aims at the top of the Premier League. Spurs, like many other sides in the top flight, have already been forced to break their previous transfer record as Lyon’s Tanguy Ndombele crossed over to North London.

Since then, activity has been a little too quiet for the liking of some supporters but that may well change before the transfer window comes to an end on August 8th. Targets including Giovani Lo Celso, Ryan Sessegnon and Juventus striker Paulo Dybala continue to appear in the gossip columns and few would be surprised if Tottenham were to break that transfer record for a second time in a single window.

In return for their outlay, AIA will continue to receive huge exposure for their brand. Spurs are constantly featured by the live TV broadcasters and that fact will put the AIA brand name in front of millions of TV viewers all across the world.

Of course, there will also be a section of fans who will be queuing up for the latest kits which will bear the sponsor name. For the club, it’s all about the money and this is a huge deal but will it be the catalyst for another dive into the transfer market?