Brentford v Tottenham Hotspur: Will the Bees Provide a Sting in the Tail?

Maybe there is a pattern to Tottenham’s results: Perhaps the silly home defeats against weaker opposition only come when you start to believe that this team has turned a corner. Having dared to hope that we might continue to zone in on that final Champions League place, a woeful loss to Brighton last time out leaves those aims in the balance.

Fortunately, with other results going our way, that top four finish remains in our hands as we travel across to West London. While Spurs start as favourites for Saturday’s evening kick off, it won’t be easy against a Brentford side who have recorded some impressive results in their first Premier League campaign.

Oliver Skipp was tentatively tipped to make a return for the Brighton game following a lengthy injury lay off but he did not feature in the matchday squad. While he was listed as ‘hopeful’ for last weekend, it’s reported that Skippy is a major doubt for Saturday.

Elsewhere, as we already know, Japhet Tanganga and Matt Doherty have already been ruled out for the remainder of the season. No other injury issues are being reported and there are no suspensions pending so Antonio Conte should have a full squad to pick from – excluding those three names.

Tottenham are odds on to claim all three points on Saturday with the best odds of 19/20 on the away win coming from 10Bet and Unibet. The draw is next at 13/5 with 10Bet and QuinnBet while victory for Brentford is on offer at a top price of 13/4 with Coral.

Last Saturday’s loss means that Tottenham have won four of their last six matches – losing the remaining two. Brentford go into Saturday’s game with 39 points from 33 games and that’s an impressive return for Thomas Frank’s men.

As for the form guide, the Bees have taken 15 points from their last six matches. Only Liverpool have claimed more points in that period so the game may well be closer than those odds are suggesting.

He’s without a goal in his last three matches but Harry Kane starts as favourite to open the scoring here at best odds of 7/2 with Betway. Son Heung-Min is next at 23/5 with Unibet while Brentford’s Ivan Toney makes an appearance at a top price of 5/1 with Unibet once again.

Other options from a Spurs perspective include Dejan Kulusevski and Steven Bergwijn at 8/1 with Unibet and Lucas Moura at 19/2 with Unibet yet again. Further down the list, our former midfielder Christian Eriksen is quoted at a best of 16/1 with Coral and 10Bet. 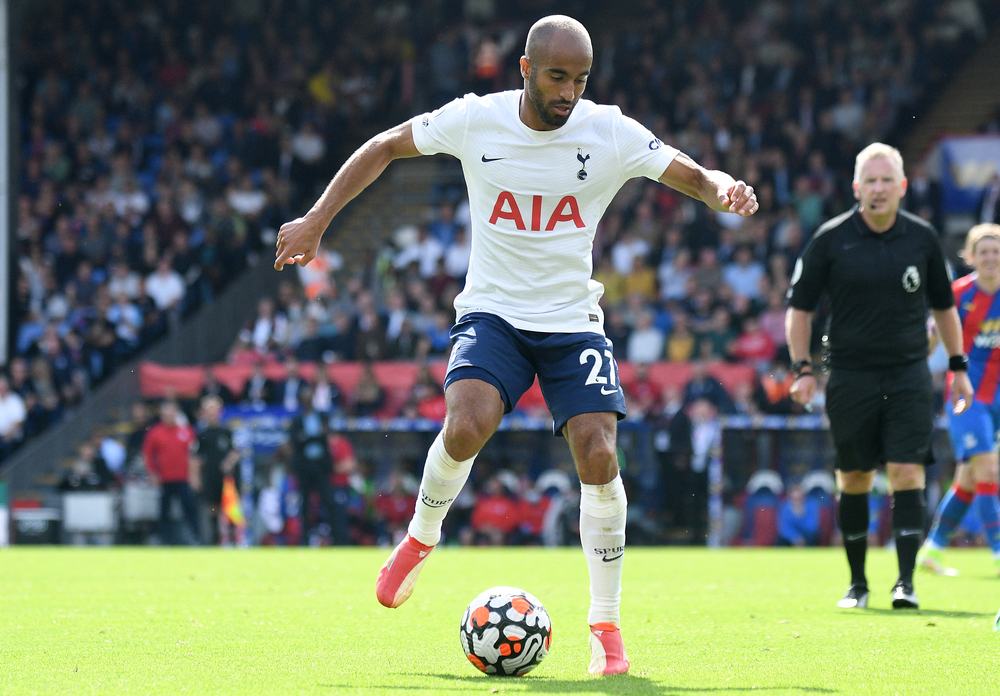 Moving on to other markets, Both Teams to Score is on offer for Saturday at best odds of 5/6 with Betway. If you want to take the No option on BTTS, this is quoted at a top price of 23/20 with Unibet.

Over in the Total Goals markets, a stake Above the 2.5 combined line currently returns 10/11 with QuinnBet and Betway. If you want to take that further, moving up to Over 3.5 takes that price up to 11/5 with Ladbrokes and Coral.

Anyone expecting a low scoring encounter can consider betting Under the 2.5 line for a best of 49/50 with Unibet.

We’ll round off, as usual, with some Correct Score options. If you’re confident of a return to form in West London, the 3-1 away win is available for this game at 14/1 with Ladbrokes and VBet. Alternatively, a 2-2 victory for Brentford can be taken at 12/1 with VBet and 888Sport while the 2-2 draw is quoted at 14/1 with Coral and QuinnBet.

As this is their first campaign back in the top flight, we have to skip our regular ‘Last Season’ section and look at previous head to head results between Brentford and Spurs. Saturday’s game will be the 44th time that these two teams have met at senior level.

Of the previous 43, Tottenham have won 24, Brentford have won on six occasions while the remaining 13 matches have ended in a draw. The previous three games, including the reverse fixture at the start of December, have all ended in 2-0 wins in favour of Spurs.

We’re actually unbeaten in our last 13 games against Saturday’s opposition in a run going back to 1947. None of this is strictly relevant in terms of the next encounter but it’s interesting to look back. For now, another 2-0 win and three points for Spurs would do very nicely.

I doubt that you’re expecting us to make a prediction with any degree of confidence. Who knows what to expect on Saturday after such a mixed run? We should see Brentford provide a stiff challenge as they are one of the form teams coming into this match.

For that reason we’ll simply hope for the three points and concentrate on the side markets once again. As an attacking and attractive side, Brentford should put us under pressure at times and Both Teams to Score looks a sound option. For similar reasons, we’ll add in Over 3.5 goals.

Son Heung-Min to score in 90 minutes at 29/20 with Unibet is the final selection. All of these bets have been used by us before; there’s nothing unusual in them, but they are typical of the types that will convert when Spurs are on song.

Here’s hoping for a productive, comfortable and maybe a profitable 90 minutes.