Leicester City v Tottenham Hotspur: Out with a Bang or a Whimper?

The curtain finally comes down on another difficult season and many fans will be happy to see the back of 2020/21. One final insult to Spurs fans has been offered by the media with unconfirmed rumours about Harry Kane’s future and that’s subsequently dominated all football headlines in midweek.

A trip to Leicester City awaits on the final day with the Foxes needing a win. Defeat to Chelsea on Tuesday night leaves their Champions League place on the line and three points is a necessity for Brendan Rodgers’ side.

As for Tottenham, all that was missing from this wretched season was a comedy own goal to derail our final push to a top six finish. We may need the three points to secure a place in the Europa League playoffs for next season and that’s not an ideal scenario against one of the division’s top sides.

We knew not to expect Ben Davies to be back in a Spurs shirt until 2021/22 after it was finally confirmed that the left back would miss the remainder of the current season. Serge Aurier was our other injury doubt but the right back returned to the subs’ bench for Tuesday’s disaster against Aston Villa.

As it’s a fast turnaround following Wednesday’s game there’s nothing else to confirm at present.

Leicester City are the obvious favourites for the win but there are odds against prices on all three possible outcomes right now. The best odds on the home side currently stand at 21/20 with MansionBet and RedZone while victory for Spurs is quoted at 12/5 with BetFred and VBet. Completing the result market is the draw which is listed at a top price of 16/5 with Unibet.

The fact that Leicester City need the win is a bad start and, considering how poor we’ve been in certain games, we’re not too hopeful. An FA Cup hangover for the home side offers some hope but Spurs have to find a major improvement on Wednesday’s performance. It’s not looking good and neutrals should be all over that 21/20 price on a Leicester win.

The attention is firmly on Harry Kane following all the midweek gossip and this is one of those rare games where he has competition in the first goalscorer betting. Harry is quoted at best odds of 5/1 with Unibet to open the scoring and he’s merely the third favourite in this market.

Kelechi Iheanacho starts things off at 4/1 with Unibet while Jamie Vardy can be claimed at a top price of 23/5 with VBet.

The other likely options from a Spurs point of view are Gareth Bale at 7/1 with Unibet, Son Heung-Min at 15/2 with Unibet, Dele Alli at 14/1 with Betway, Erik Lamela at 15/1 with Unibet and Steven Bergwijn at 16/1 with 888Sport. 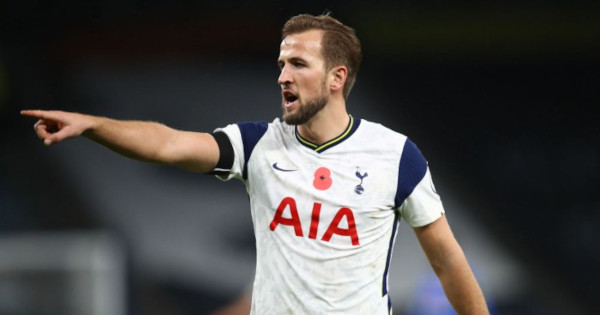 The round up of our other regular side bets starts with Both Teams to Score which is quoted for Sunday at best odds of 8/13 with SportNation.

Leicester have scored nine times in their last six games and the only occasion on which BTTS wouldn’t have dropped in was last weekend’s FA Cup final. Spurs have scored in each of their last four games while keeping two clean sheets but the defence faces a tougher test this weekend.

Both Teams to Score looks a likely option but what about the Total Goals markets? There are some more interesting odds here with SportNation offering the best odds of 7/11 to go Over the 2.5 line. Taking that a stage further and going Over 3.5 produces a figure of 11/7 with VBet.

That leaves us with our final Correct Score suggestions of the season and those hopeful of a draw can currently claim 11/1 with 888Sport on a 2-2 final scoreline. Elsewhere, a 2-1 home win is listed at 15/2 with Betway and GentingBet while the same outcome in favour of Spurs can be found at 11/1 with BetFred.

Leicester City have been hard to beat for a few years now and our recent head to head record against the Foxes is a mixed one. The corresponding fixture from 2019/20 was played early on in the season with the September encounter eventually ending in a 2-1 home win.

Things had started positively enough with Harry Kane opening the scoring just before the half hour mark. Tottenham maintained that advantage until the break but two second half goals from Ricardo Pereira and James Maddison sealed the points for Leicester.

The obvious turning point for the Foxes came when they won the Premier League in 2015/16. However, Tottenham have enjoyed the upper hand in recent head to heads and, in the last nine matches, Spurs have won five, Leicester have won three and there has been one draw.

The head to heads look respectable and there is some hope that Leicester City are suffering something of an FA Cup hangover. On the other hand, defeat to Chelsea in the league in midweek may just galvanise a side whose Champions League hopes threaten to be derailed at the final hurdle.

Our own form remains patchy, particularly away from home where we haven’t won since beating Aston Villa back in March. A draw should be within our grasp but it’s not an ideal fixture with which to end the campaign.

As usual we will focus on the side markets for this game and a fairly obvious place to start would be with Both Teams to Score. It doesn’t carry the most exciting odds at 8/13 but it looks a strong option considering recent stats in each camp. Based on the scoring numbers, we should also be able to go Above the 3.5 line with confidence.

We’re all somewhat mystified at Gareth Bale’s treatment across the season, particularly when he’s used as a late substitute in a game where we’re behind. Wednesday against Aston Villa was a case in point so surely he’ll be more involved against Leicester? With City players carrying shorter odds in the individual scoring markets, Spurs men have some value and Bale doesn’t look too bad at 11/5 with Unibet for an anytime goal.

So that’s it for another season: It’s been a rollercoaster once again although we’ve spent more time at the bottom in this campaign. Let’s hope for better times ahead and we’ll be in touch across the summer.