Across this season, there may never be a good time to play Liverpool but form, and issues within the Spurs squad make Saturday’s game a particularly daunting one. Until relatively recently, our results against the Reds, particularly at home, had been improving but a quick glance at head to heads show that we’ve lost our last four games in all competitions.

With the benefit of home advantage, could that record possibly improve in this evening kick off?

There’s plenty of team news and very little of it is good: Moussa Sissoko has joined the list of long term injury absentees and he has his feet up for a while – along with Hugo Lloris and Ben Davies. Elsewhere, Danny Rose is expected to be out for another week at least while it’s reported that there is a chance that Tanguy Ndombele may be fit to return.

Of course, the biggest issue concerns the ongoing absence of Harry Kane and our lack of a back up striker. Mourinho’s set up suggests that Son Heung-Min doesn’t seem to have the same potential to cover this time so what will our starting XI and formation look like against the league leaders?

It’s rare that we are the odds against option in any home game but perhaps this result market is to be expected. Liverpool start as hot favourites at best odds of 8/11 with Coral and Unibet while the draw is next on the list at a top price of 17/5 with VBet.

Completing this market is a win for Spurs which can be claimed at a best of 7/2 with William Hill and Coral so clearly the sportsbooks aren’t holding out any hope.

We state on a number of occasions that we don’t want to be another moaning Spurs blog – usually before we go on to have a moan about something. Recent performances are behind this particular gloomy outlook but let’s just say we are hopeful of getting at least a point out of this contest. 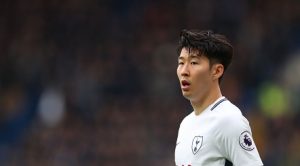 In the absence of Harry Kane there is a sea of red at the top of the first goalscorer betting. Mohamed Salah kicks things off and you can pick up the Egyptian striker at best odds of 9/2 with Unibet. Sadio Mane had been more prolific at the start of the season and he can be claimed at a top price of 23/5 while Roberto Firmino is next up at a best of 6/1. Both of those prices are with Unibet once again.

Finally, after working through likely subs such as Curtis Jones and Divock Origi, Spurs get a mention. Son Heung-Min gets us underway at best odds of 8/1 with SportingBet with Lucas Moura some way behind at a top price of 23/2 with Unibet.

We’ll just touch on one more Liverpool player: Regular penalty taker James Milner may well be given a chance to open the scoring and he can be claimed at a best of 11/1 with VBet for the first goal. Meanwhile, you could look at Dele Alli at best odds of 12/1 with VBet and Christian Eriksen at a top price of 16/1 with William Hill and SportNation.

As for our other, regular side bets, we are usually confident about Both Teams to Score which is up for grabs this time at best odds of 11/17 with SportNation and RedZone. We feel it will drop in this time but considering that Spurs failed to score against Southampton and Chelsea across our last five games, that price is way too short for comfort.

Instead, you could take a look at Over 2.5 Goals at 4/7 with BetFred but you should be able to push that to Over 3.5 which is on offer at a top price of 8/5 with Unibet.

Finally, our regular Correct Score suggestions finish with options for the optimists and pessimists. If you think we can sneak it with a 2-1 scoreline then you can claim odds of 14/1 with BetFred while a 3-1 defeat is quoted at 23/2 with SportingBet.

We try to be a little creative with these but there are times when the dangerman is patently obvious. Mohamed Salah had endured a slow start to the 2019/20 campaign but the Egyptian now has 14 league goals this season. This puts him one ahead of Sadio Mane who had started much more quickly in the race for the Golden Boot.

There are other threats further down the pitch but these two will provide the most likely source of goals for Liverpool on Saturday. 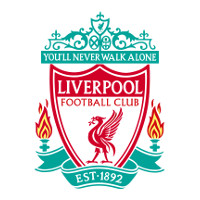 Saturday will provide the 175th match between these sides and it’s a game where we have won 48 of those previous encounters. That figure leaves Liverpool with 84 wins and a total of 42 draws.

Those figures are skewed somewhat by a long winless run at Anfield that was ended by Garth Crooks’ winner in 1984. It all went back to a time when the Titanic was still afloat and while it may need a Titanic effort to get at least a point from Saturday’s game, Crooksy and many others have proved that there is still hope.

They do say that it’s the hope that kills you but if we can somehow be at our best then we do have a chance of getting something from this game. Shutting out Liverpool looks impossible, however, so we will need to get on the scoresheet and it’s probable that two or more will be required.

We’ll back Sonny to get on target: It’s not been the best of periods for one of our favourite players but he won’t be down for long and 5/2 on an anytime goal isn’t a bad price. Other than that, there isn’t too much value in this game but 8/5 on Over 3.5 goals looks generous. Let’s just hope that the majority end up in the Liverpool net.