Tottenham’s packed fixture list even caught us out last week as we genuinely believed that last week’s match against Tetovo was our final qualifier before the groups. Not so, as we now face the very final hurdle with a one-off tie against Maccabi Haifa.

At least we’re at home and aren’t having to travel to the other side of the continent and that home advantage has made us hot favourites for the win. Will we convert or, will there be a third home 1-1 draw in five days? Perhaps it could even be worse but let’s not aim to be pessimistic as we run the rule over Thursday night’s game.

Although some of the fringe members of our squad were given their chance against Chelsea on Tuesday night, it was an experienced starting XI and that came as a surprise to some. There were no Cirkins or Sterlings and that will probably offer some clues as to Thursday’s line up.

Therefore, expect Joe Hart to come in for Hugo Lloris and Harry Kane to start while few, if any, will make both starting line ups. As for injuries, Son Heung-Min and Gareth Bale look set to miss out while Jose Mourinho effectively ruled out Eric Dier and Erik Lamela when speaking after the Chelsea game.

Tottenham are red hot favourites for the win in 90 minutes and the best possible odds on the hosts currently stand at 2/11 with Betway. The draw follows at a top price of 7/1 with VBet while a win for Maccabi Haifa is right out at a best of 16/1 with Betway again.

Those are the numbers for the result in 90 minutes but, because this game has to be settled on the night, we also have a separate To Qualify market. Here, Spurs drop to 1/16 with Betway while Maccabi are out at 15/2 with VBet.

While those numbers may reflect the respective strengths of the two sides, Spurs will need to be sharper than they have been in the previous two games. A win over Chelsea, albeit via penalties, was a pleasing result but the Newcastle game should have been put to bed before the ridiculous injury time spot kick.

We’ll see how it develops but goals win games and, aside from the Southampton match where we continued to spring a weak offside trap, we’ve not created or dispatched enough.

The sportsbooks are also working on the theory that Harry Kane will start this match as they’ve made our lone striker the clear favourite to open the scoring. A number of bookmakers have yet to declare numbers but for now, Kane is available at best odds of 9/4 with VBet.

According to the bookies, the biggest threat from a Maccabi Haifa point of view comes from their Australian international forward Nikita Rukavytsya. The Ukrainian born veteran has scored 60 goals for the club over four seasons and he can be backed to open the scoring at best odds of 16/1 with Betway and VBet.

Moving through our list of regular side bets sees Both Teams to Score quoted at 31/20 with Novibet. This market has moved well above Even Money which is rare and it suggests that Maccabi won’t offer too much up front. The ‘no’ option on BTTS is listed at 13/25 with Unibet and 888Sport but the Israelis have been finding the target in qualifying so there could be some value here.

Switching across to the total goals option sees the modest best of Over 2.5 goals come in at 5/8 with VBet. Usually, when we push a little higher up to Over 3.5, we can go above Even Money and that’s the case once again with a top price of 63/20 with Novibet. It’s tempting to go bigger this time but, while the bookies may be expecting a comfortable night for Spurs, our scoring record so far might suggest otherwise.

As for the Correct Score, a 3-1 home win might be the preference for some and it’s an option that we’re edging towards. In this particular market, it’s available at 47/4 with SportNation and RedZone.

While there are no head to head stats to look at, the name of Maccabi Haifa will be very familiar to most readers as they’ve been regular Israeli representatives in European competition. They’ve now won the Israeli national title on 12 previous occasions and their runners up position at the end of 2019/20 has seen the club enter this Europa League qualifying process.

They’ve made it to the Champions League group stages twice – in 2002/03 and 2009/10 – but their biggest achievement to date came in the old Cup Winners Cup where they made it through to the quarter finals in 1998/99.

We’ve seen that Nikita Rukavytsya is considered to be their biggest goal threat while the club has just signed the Ghanain Godsway Donyoh who started out at Manchester City.

To be completely fair to Maccabi Haifa, that isn’t a bad record in Europe and clearly they shouldn’t be underestimated as they arrive at the new White Hart Lane. 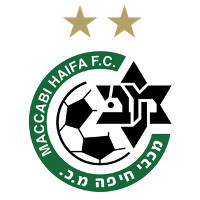 While the pointers are there for a comfortable 90 minutes, nobody really knows what to expect until the game kicks off. Yes we should win it but the doubt concerns that weak display against Plovdiv where we were lucky to come through against nine men.

We’ll keep trying to be positive and look for some value in the side markets. While Erik Lamela has been something of a goal machine by his standards, he’s not expected to play and Lucas Moura registered an overdue strike on Sunday so we’ll take him for an anytime effort once again.

Elsewhere, Both Teams to Score and Over 3.5 goals look to be listed at value odds for Thursday night so we’ll add them to our virtual betslip. Remember, all the picks are for the result in 90 minutes and exclude any possible extra time.