Spurs v Red Star Belgrade: Time to get UCL Campaign Back on Track

Tottenham Hotspur’s 2019/20 Champions League campaign has been a reflection of our domestic season. Against Olympiakos in the first round of matches, we threw away a two goal lead to finish with a 2-2 draw. We followed that up with our worst home defeat ever.

The 7-2 drubbing by Bayern Munich is unlikely to have helped confidence as we scraped just one point from follow up Premier League games against Brighton and Watford. Can we finally get back to winning ways as we host Red Star Belgrade on Tuesday night?

Spurs are expected to have Christian Eriksen back for Tuesday night’s game. The Danish midfielder missed the Watford match with a dead leg but is expected to recover in time to face Red Star.

Elsewhere, Hugo Lloris remains a long term absentee while the match is expected to come too soon for Ryan Sessegnon and Giovani Lo Celso who have both returned to training.

Tottenham have no form whatsoever but the hosts are the runaway favourites to win and can be picked up at best odds of 2/7 with Black Type. The draw follows at 5/1 with Betway and BetFred. A win for Red Star Belgrade completes this market at 12/1 with Unibet.

Those numbers underline the comparative strengths of the two squads but, with Spurs on such a wretched run, there may well be some value in a positive result for the away side. Red Star are currently top of the Serbian SuperLiga while their last outing in the Champions League ended with a 3-1 win over Olympiakos. Away to Bayern, our forthcoming opponents lost 3-0 so on balance, Tuesday’s visitors will be targeting a point at the very least.

Harry Kane couldn’t carry his England form into a domestic setting on Saturday but our main striker remains the clear favourite to open the scoring. Kane can be claimed at odds of 11/5 with Unibet and 888Sport. Son Heung-Min and Lucas Moura follow at the same price of 4/1 with BetFred.

Spurs players continue to dominate the first goalscorer betting with Dele Alli and Erik Lamela both quoted at 6/1 with Black Type. Christian Eriksen is just behind at a top price of 7/1 with SportingBet before we get to Red Star’s representatives.

A significant gap follows until we come to the name of Richmond Boakye who can be picked up at 12/1 with 10Bet and Royal Panda. Boakye is a Ghanain international and, as we’ll see later on in this preview, the striker has a phenomenal goals to games ratio in Serbia.

We’ll work through our usual favourite side bets now and as far as Both Teams to Score is concerned, this option comes in at best odds of 19/20 with Betway. It’s not often that this bet gets to Even Money and above so, with Spurs leaking goals at the back, this looks a sound option.

In the Total Goals betting, you can look to go above the 2.5 line and claim 1/2 with Coral and SportPesa. That’s looking too short so maybe consider one more and taking the 6/5 from 888Sport on Over 3.5.

We don’t anticipate too many goals in this one and we think that the best odds of 7/10 with SportingBet on Under 3.5 is the way to go. With that in mind, the Correct Score betting shows 2-1 to Spurs at 8/1 with BetHard and Betway while the same outcome in favour of Red Star drops in at 61/2 with SportNation and RedZone.

We mentioned Richmond Boakye and this Ghanain international striker has some very impressive stats indeed. He’s played in Italy and was briefly on the books of Juventus but he first made an impression with 23 goals in 68 games while on loan at Sassuolo.

In 2016 while on the books at Serie B side Latina, Boakye was loaned out once again – this time to Red Star and in two seasons at Belgrade, he notched 39 goals in 48 matches. A Permanent switch to Belgrade followed in 2018 and while his subsequent return of 17 in 31 isn’t quite as prolific, Richmond Boakye looks to be the main threat for Red Star on Tuesday.

As a footnote to this, Boakye has missed the last two matches with a calf problem but the reports we’ve seen expect him to return and that’s why the striker is in our dangerman frame.

Those of us with long memories will recall the previous encounters between these two sides. Spurs and Red Star Belgrade have been drawn together just once – in the 1972/73 UEFA Cup. Over two legs, we came through with an aggregate 2-1 win.

In the first game at White Hart Lane, goals from Martin Chivers and Alan Gilzean gave us a decent 2-0 advantage. As holders of the competition, we progressed despite losing the return by a single goal in Belgrade. 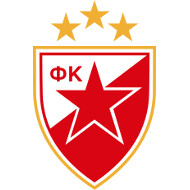 How can we possibly predict the outcome of this match with any certainty? As we’ve said for the last few weeks – Bayern game aside – of course we should win. But the current run of form means that few punters will be daft enough to take those short odds of 2/7 on the home win.

There may well be value in the draw or even an away win and who could genuinely be surprised if either scenario developed? For now, we’ll just finish talking about the possible result and consider these side bets. Sonny should have started against Watford and will surely make the starting XI on Tuesday. He has a good record in Europe and we’re happy to take the 4/1 on offer for the first goal.

Both Teams to Score looks to be a ‘given’ and at 19/20, we think there’s some good value in that price. The 7/10 on Under 3.5 Goals isn’t that exciting so feel free to disagree. However, we’re expecting a 2-1 scoreline on the night. The only problem is we’ve no idea which way it will go.