West Bromwich Albion vs Tottenham Hotspur: Bagging the Baggies at a Good Time? 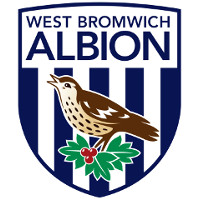 West Brom are among a number of teams to have made a seriously poor start to the Premier League season and, as we prepare to make the trip to the Hawthorns, Slaven Bilic’s men find themselves in the relegation zone with three points from seven matches.

Defeat to fellow strugglers Fulham last time out leaves the Baggies in a dreadful run of form coming into Sunday’s match but is this a good time to do battle with WBA?

These fast turnarounds make it tough to list any news with real authority although there are some early reports to consider. Once again, Japhet Tanganga is expected to be unavailable and he’s set to be joined in the physio’s room by Erik Lamela.

Serge Aurier and Sergio Reguilon were also left behind as the team travelled to Bulgaria but it’s said that they have minor issues and should be fit for the subs’ bench at the very least.

West Brom’s poor opening to the 2020/21 campaign has made the home side rank outsiders for Sunday’s 12 Noon kick off. The Baggies are on offer at best odds of 11/2 with GentingBet and SportNation while Spurs are hot favourites for the three points at a top price of 14/25 with Novibet. Completing the result betting is the draw which can be claimed at a best of 7/2 with Betway.

Form suggests that we are justifiable favourites for this game and, while we’ve focused on West Brom’s poor run, our own results are especially healthy. That solitary defeat to Everton on the opening day of the season is showing up as we currently sit in third in the EPL table. Any side will offer a threat, however, and it should be remembered that Bilic’s side took a point off Chelsea in a 3-3 draw back in September. 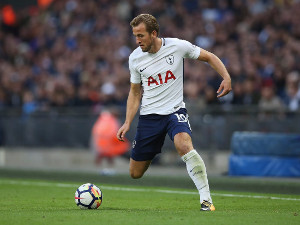 There are no surprises at the top of the first goal scorer betting with Harry Kane out in front at best odds of 3/1 with Betway. Kane notched his 200th Spurs goal in his 300th appearance on Thursday night and he’s the obvious favourite for the Hawthorns.

Once again, the reserve striker has a high billing for this game with Carlos Vinicius available at a top price of 15/4 with GentingBet. The Brazilian loanee is set to be on the bench at best but may just be an option in the alternative, anytime scorer betting.

Other options to find the net first include Son Heung-Min at a best of 9/2 with VBet while Gareth Bale is marginally further back at a top price of 19/4 with Unibet and 888Sport. The same two bookmakers have Steven Bergwijn available at a best of 13/2 and they also come up with the best numbers of 7/1 for Lucas Moura.

West Brom first make an appearance through Karlan Grant at best odds of 9/1 with BetFred while the familiar figure of Charlie Austin is quoted at a top price of 10/1 with Betway and GentingBet.

Moving on with our regular side markets shows Both Teams to Score at best odds of 13/15 with SportNation and RedZone. West Brom have scored four times in their last five matches but they’ve failed to find the net in three of those games so you may prefer the ‘No’ option this time at Even Money with Betway.

Total Goals betting shows odds of 7/10 with Novibet for going Over the 2.5 line while pushing that to Over 3.5 currently returns at 7/4 with BetFred. Once again, this could be a time to consider low scoring options with Under 2.5 listed at a best of 6/5 with RedZone.

Our suggestions for Correct Score betting continue on the same theme with a 1-0 win for Spurs coming in at 7/1 with BetFred. The same scoreline in favour of West Brom can be claimed at 17/1 with 10Bet while the 1-1 draw is quoted at 15/2 with GentingBet.

There is no corresponding fixture from last season so we’ll switch to a head to head round up for this newly promoted side. Sunday’s game will be the 147th senior encounter between the two clubs and the overall record is a tight one.

Tottenham have won 56 of those first 146 matches while West Brom have claimed victory 54 times. The remaining 36 games have been drawn. The last time we played the Baggies came at the end of the 2017/18 Premier League season when our opponents went down to the Championship but still managed a 1-0 win.

Recent matches have also been evenly split with no fewer than four 1-1 draws in the last six. Our most recent victory came in January 2017 when a hat trick from Harry Kane and a Gareth McAuley own goal sealed a 4-0 win.

It could be said that the fixture list has been kind to us in these opening weeks of the new season. With relegation candidates Burnley, Brighton and, now, West Brom lined up in quick succession, it’s offered a good opportunity to grab some points and climb up the table.

Of course, we are Spurs and we know that it’s not always that straightforward. Happily, we have taken advantage of the first two matches in that sequence but both games were sealed by a one-goal margin and Burnley in particular were tough to break down. West Brom, following that weak start, could also put 11 men behind the ball and that’s what we need to watch on Sunday.

When we make predictions, we’re trying to do this from a neutral’s point of view but clearly that’s difficult. Negative bias will also come into play but that’s natural after more than 40 years of following Spurs.

So, while we’re hopeful of winning, we’re expecting another dour game and will start by betting Under the 2.5 goal line. A 1-0 winning margin option is provided by just one bookmaker – Betway – so that covers us if things go wrong. Finally, an opening goal for Son Heung-Min is our longer priced option. Sonny unlocked the Burnley defence a couple of weeks ago so let’s look to our prolific South Korean to do the same at the Hawthorns.