The least surprising transfer of the winter window, certainly from a Spurs’ point of view, was confirmed on Tuesday as Christian Eriksen completed his switch to Inter Milan. The Danish midfielder had appeared unsettled for most of the season following rumours that he would be off in the summer with Real Madrid a preferred destination.

If we can understand anything from the rumour mill, Real never actually seemed that interested and it took Serie A giants Inter to end Christian’s six and a half year stay in North London. Whatever you may feel about Eriksen and the way the last few months have been handled, it’s time to get all nostalgic before we can move on. 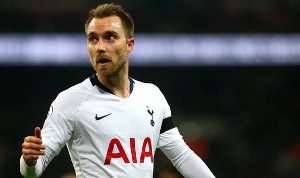 At least the overall atmosphere on social media changed for the better in the hours leading up to the confirmation of Eriksen’s departure. Spurs fans, in the main, seemed to thank the Dane for his contributions while highlighting some of his best moments in a Tottenham shirt.

The dipping, long range effort against Chelsea got the most coverage but we also got to relive the goal inside ten seconds versus Manchester United and the clincher on a memorable night against Real Madrid.

Eriksen leaves the club having joined as one of the ‘Magnificent Seven’ back in 2013. In those six and a half seasons, he made 305 appearances for Spurs in all competitions, scoring 69 goals. His strikes were often spectacular and the Dane made useful scoring contributions in each season but his assist stats were exemplary. Christian often appeared towards the top of the Premier League list at the end of those campaigns and it’s that hole that we now need to fill.

He could be a frustrating figure at times and his inability to beat the first man from corners became legendary. The last six months have also been unfortunate but we’d like to remember Christian Eriksen positively for his contributions since joining back in 2013.

One Out Two In 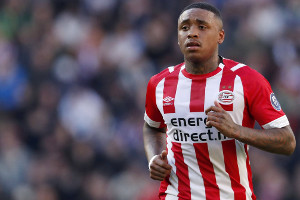 As one player leaves, Tottenham have confirmed two permanent deals in the last two days. Firstly and almost as soon as the Eriksen departure was announced, Spurs confirmed that they had taken up the option to turn Giovani Lo Celso’s loan deal into a confirmed arrangement.

The Argentinian had a slow start to his Tottenham career and an injury whilst on international duty kept him in the physio’s room for several weeks. Initially used tentatively by Jose Mourinho, Lo Celso has become a first choice option in midfield and can provide the creativity that we’re now going to miss.

Less than 24 hours later, the Steven Bergwijn switch from PSV was confirmed. Many of us were surprised as we believed that the club were negotiating on a £27 million fee and that suggested that the transfer may well go down to deadline day.

While you can’t tell much from a few YouTube clips, Bergwijn looks to be an exciting prospect and a winger who likes to take players on. Reading those words, you’ll have probably now ruled us out of a late move for Gareth Bale and you’d almost certainly be correct.

The 22 year old played 146 times for PSV, scoring 31 times and he’s also been capped on seven occasions by the Dutch national side. Making the switch up from the Dutch Eredivisie is never easy but he looks a talent and obviously we hope he’s going to make an impact. Bergwijn has certainly been praised by former Spur Rafael Van Der Vaart and that’s a good enough endorsement for us.

It’s certainly been an eventful window so far but is it all over? Spurs clearly need a striker with Harry Kane out for the long term and that’s been evident in recent performances. Time will tell but it’s been a positive month so far and hopefully that trend will continue.