In less than three weeks time, the 2020 January transfer window will be open and we will see just how Jose Mourinho wants to shape his new Spurs team. Of course, there is the usual debate as to whether there are any sizeable funds at his disposal. Tottenham spent heavily in the summer and, traditionally, this is a quiet time for the club under Chairman Daniel Levy.

However, we now have the new manager so this winter could provide exceptions to our normal spending pattern. The gossip columns are fired up and ready to go but there are other ways in which you can speculate on new arrivals.

Transfer betting markets are one way in which you can use your judgement to potentially make a profit. Do you have any ‘In The Know’ information or just a very good hunch? If so then you could harness that knowledge or instinct and put it to good use.

The markets in question may not be as widespread as you might think: Not every bookmaker puts up odds and only a relatively small percentage gets involved. Another point to note is that there are two ways in which to look at these betting options. Most sportsbooks will pick a player such as Gareth Bale and list a number of clubs that have been linked with his signature. Your job as the bettor is to pick the right team and place your bets accordingly.

Elsewhere, SportNation have listed a market that is specific to Spurs and it lists a number of players that have been linked with the club in recent weeks. With that background in mind, let’s now move on and look at the options. 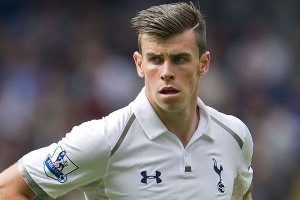 You can’t Google the words ‘Spurs transfers’ and not read about Gareth Bale’s potential return to the club. If the reports are to be believed, there is a serendipitous situation whereby Christian Eriksen wants to join Real Madrid and Real want to get shot of Bale.

It may be debatable whether Real really want to sign Eriksen but a swap deal plus cash is being widely talked about and the bookies rate this as a 2/1 shot. SportingBet have Tottenham listed as favourites in the Gareth Bale next club market while SportNation also have the Welshman as the shortest priced pick in their alternative. Whichever option you choose, you can get those odds of 2/1.

He’s 30 now and interestingly, SportingBet have ‘any Chinese club’ as the second favourite at 3/1. Hopefully, Bale will delay a move just for the sake of money and decide that he has one big challenge left.

The arrival of Jose Mourinho has led to speculation that Zlatan Ibrahimovic may reunite with his former manager in North London. SportNation offer odds of 4/1 on Spurs signing the Swede in January and it may be worth noting that they have quoted 10/1 on Zlatan returning to Old Trafford.

However, you may want to pay more attention to the fact that some bookies have suspended betting on the Ibrahimovic Next Club market. AC Milan are thought to be so far in front that certain outlets have stopped taking bets.

SportNation have two other players listed at 4/1 to join Tottenham in the January transfer window of 2020. Paulo Dybala and Bruno Fernandes can both be claimed at that figure but what are the chances of either of these coming to fruition?

It’s worth noting that in a separate Paulo Dybala Next Club market, the Juventus striker is quoted at best industry odds of 9/1 with William Hill. That puts us as favourites but that’s a fairly distant figure and we think it’s indicative that the player will stay at Juve for now. It’s thought that we came close to signing Dybala in the summer but there has been a lack of follow up links and we can’t see this one getting over the line.

Bruno Fernandes may be a more likely option but the Sporting Lisbon midfielder has other suitors. Spurs have been mentioned this month but as we write this article, most stories are linking the 25 year old Portuguese international with a move to Manchester United. 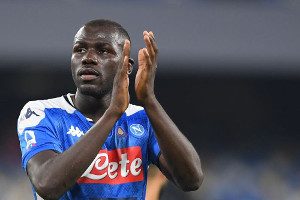 At odds of 5/1 with SportNation to join Spurs in January 2020, Kalidou Koulibaly isn’t exactly an outside punt but he’s not at the head of the betting either so we’ll include the player in this section. Koulibaly is an experienced Senegalese central defender who has been with Napoli since 2014 and rumours of a move to Tottenham at the start of the New Year are more current.

Other names listed in the SportNation market are Nemanja Matic at 6/1, Declan Rice at 8/1 and Ricardo Pereira at 10/1. The link to Matic seemed to start out as a joke on social media and we will definitely be passing on this one. While the Serbian may have followed Mourinho from Chelsea to Manchester United, that’s no real basis for any future moves.

Declan Rice may be a possibility but the manager has trusted Eric Dier with the centre back / defensive midfielder role for now. It could be one for the future but once again, we’re going to pass.

We’ve given our verdict on many of these links as we have worked through this preview. During those passages, we’ve effectively ruled our Declan Rice, Zlatan Ibrahimovic, Paulo Dybala and Nemanja Matic so who does that leave?

Another question relates to who might be leaving Spurs in January, Christian Eriksen looks to be on his way and is merely on the fringes of the starting XI right now. Whether Real really want him or not is another issue but the manager would surely be looking for cover if the Dane were to depart.

Giovani Lo Celso has enjoyed little game time under the new boss so will a new face be required? Would anyone turn down Gareth Bale if he were available and they could afford him?

We’ll pass on Bale for now as he looks a little short at 2/1. Bruno Fernandes might be a better option but for our one confirmed tip, we’ll move back into defence. The current crop of central defenders have questions over their futures and Jose could well look for reinforcements in advance. There will be more names added to the list in the days and weeks to follow but for now, Kalidou Koulibaly to Spurs looks a decent option and it’s a good price at that 5/1 mark.