Wednesday’s victory over Norwich City can be filed in the ‘win’s a win’ category but there were some positives to take away from the new Tottenham Hotspur Stadium. Notably, we scored our first league goals of the New Year and while that’s quite a sad statistic, it will hopefully be a boost for the weeks that lie ahead.

The Canaries came close to forcing a draw: Teemu Pukki’s penalty levelled things up at 1-1 but Spurs eventually edged home to move up to sixth in the table.

In an open first few minutes, Norwich had chances to go ahead through Pukki and Todd Cantwell but neither could quite find the target. Tottenham came into the game more and took the lead on 38 minutes when a perfect delivery from Serge Aurier on the right flank was converted from close range by Dele Alli.

Spurs maintained that advantage until the break but we all suspected that a second goal was needed. Unfortunately, it came at the wrong end as we conceded our second penalty in as many games. Pukki converted his second spot kick in five days and a nervous finish was on the cards.

Relief came on 79 minutes when a neat reverse pass from Giovani Lo Celso found Dele on the flank. His cross ballooned up to the far post where Son Heung-Min just had to nod in to claim the winner. Victory had been a long time coming and the manager was quick to point to issues within the treatment room. 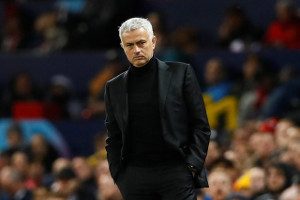 I look to the bench and we don’t have attacking players. I had to take off Erik Lamela because of fatigue but we showed an incredible reaction to score a second goal.

When Chelsea want to win they bring on Michy Batshuayi. When Manchester City want to change Gabriel Jesus they bring in Sergio Aguero.

We are so, so unlucky with injuries. We get back Hugo Lloris and we lose Harry Winks. It’s incredible.

Injuries aside there were some big plus points for Tottenham on Wednesday night. Lloris’ return should provide more stability between the posts and while Paulo Gazzaniga has performed admirably in the Frenchman’s absence, the majority of fans will be relieved to see Hugo back.

The performance of Lo Celso also drew acclaim and his stats were remarkable on the night. With Christian Eriksen continuing to edge away from the club, the Argentine looks a ready made replacement and based on this performance, he should be a regular starter.

We now take a break from league action as we prepare to face Southampton in the FA Cup this Saturday. In terms of league performance, the win takes us up to sixth, just six points away from Chelsea in fourth. Champions League football for 2020/21 remains a legitimate target but we need to get a run of wins going. It will be tough, with Manchester City arriving at the new White Hart Lane on February 2nd but naturally we’ll have several new signings waiting for them at that point…