The reverse fixture between these two sides brought about our lowest point of this or any other season under Mauricio Pochettino. The 7-2 loss at the new Tottenham Hotspur Stadium at the start of October may have been the catalyst for Poch’s eventual departure and, despite a recovery under Jose Mourinho, many Spurs fans may be dreading the return.

Champions League Qualification places have already been decided with both teams progressing to the knockouts, but with that heavy defeat still fresh in the memory, there is plenty riding on Wednesday’s match.

A ‘dead rubber’ might normally offer an opportunity to bring a few new faces into the line up but we can’t see too many changes here. Mourinho will surely want to avoid throwing a young side into a contest against a team that beat us so heavily a few weeks ago so expect a starting XI that is close to Jose’s first choice.

There are no suspensions for this game and no further injuries from Saturday’s match with Burnley so the team news is much the same. Hugo Lloris, Michel Vorm and Ben Davies are the long term absentees while it’s reported that Erik Lamela, Harry Winks and Tanguy Ndombele will all face late assessments.

Bayern Munich will start as obvious favourites for this game and you can currently claim the home side at best industry odds of 1/2 with Black Type. The draw is the next available option at a top price of 17/4 with Unibet and SportingBet while a win for Tottenham is the outside bet at 11/2 with Ladbrokes and Coral.

It’s rare to see Spurs out at 5/1 and above for any match and those odds will likely have taken into account that 7-2 loss in Munich. Bayern, however, have struggled at times this season and have also replaced their manager since the start of the campaign. A draw isn’t beyond the visitors but we need the hosts to dip and for every Spurs player to be at the top of their game. 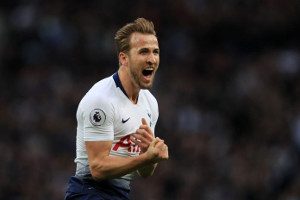 No fewer than four first choice Bayern Munich players start in front of Harry Kane in the first goalscorer betting and that’s a situation that is rarely, if ever, seen. Robert Lewandowki’s prolific return this season makes him an obvious favourite and you can pick up the Pole at best odds of 45/20 with Unibet and 888Sport.

The odds setters have slotted Troy Parrott in at odds of 9/1 with Betway and BetFred but a more sensible option would be to take Son Heung-Min at a top price of 21/2 with Unibet and 888Sport. As we move through this first goal market, other picks include Kingsley Coman and Lucas Moura who are both at 10/1 with Betway and SportPesa or Dele Alli at 13/1 with 888Sport and Unibet.

Working through our regular list of side bets and we come to Both Teams to Score which is quoted at best odds of 8/15 with William Hill. We’d hoped that the figure would be a little higher but if you’re looking for a ‘banker’ bet in this game, that could be the one.

Total Goals betting should be interesting considering that the net was found on nine occasions in the previous fixture. You can start here with a modest stake on the Over 2.5 line at a top price of 2/5 with William Hill but we would be looking for a bolder option at Over 3.5 which comes in at a best of 19/20 with RedZone and SportPesa.

We also like to suggest a couple of Correct Score options so we’ll maintain that pattern for this match. If you’re channeling some positive thoughts, a 2-2 draw is available at 13/1 with SportingBet but if Bayern were to snatch a winner and claim a 3-2 victory, those odds extend to a best of 33/2 with 10Bet. 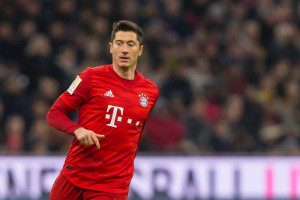 We’ve touched on the threat posed by Robert Lewandowksi and, if you’ve not been following the German Bundesliga this season, his stats are worth underlining. In 22 matches since the start of the 2019/20 campaign, the Polish international striker has found the net on 27 occasions and that tally includes ten in five in the Champions League.

Of course, there will be some focus on Serge Gnabry after his four goals in that 7-2 win in October. His record is, however, more modest and those four strikes skew his overall record of nine goals in 18 games this season.

There’s just one small update to the head to head results between these two sides. In five previous encounters between Spurs and Bayern Munich, we’ve won one, drawn one and have now lost three.

It’s hard to keep looking back to that most recent clash on October 1st so it must be time to move swiftly on and consider our verdict.

The fact that Harry Kane has drifted to 7/1 in the first goal scorer betting suggests there is some value in backing our main striker – even if we switch to the relatively safety of the anytime goal markets. Here, you can claim Harry at best odds of 37/20 for a goal in 90 minutes and his tally of 15 in 19 for Spurs this season suggests that this is a solid pick.

Both Teams to Score should also be safe, if a little less exciting at those 8/15 odds. We’ve had our ups and downs this season but Tottenham have only failed to find the net in three matches across all competitions.

We’ll also opt for Over 3.5 goals although this bet is rarely below Even Money. Odds of 19/20 are the shortest we’ve seen for some time so you may want to disregard Total Goals or look to push to Over 4.5 at a best of 44/19 with VBet.

As for the result: We should see a more competitive Spurs team this time around. We should also remember that Bayern are just seventh in the Bundesliga having lost four of their 14 league games to date so there really is nothing to fear.

We’ll not jinx it by confirming a result tip but there’s every reason to be optimistic in regards to a share of the points on Wednesday.