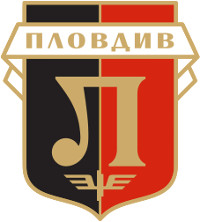 It was a poor start to a campaign where Jose Mourinho has to prove doubters wrong and suggest that we can turn this underperforming Spurs side into winners. A 1-0 home defeat at the hands of an Everton side is no real disgrace on paper but the manner of our display has delivered a pessimistic hand and supporters have been quick to react.

Jose has won the Europa League before and it’s a winnable piece of silverware as far as his current club is concerned so can he lift the mood in Thursday’s qualifier? The one off game takes place in Bulgaria on Thursday evening with Lokomotiv Plovdiv expected to succumb quite easily to the Premier League club. However, will they find that this is the perfect time to play us?

Having failed a late fitness test ahead of Sunday’s defeat, Giovani Lo Celso remains a doubt for Thursday. His thigh problem isn’t thought to be serious, however, and he may be ready to take a place on the subs bench at the very least.

Elsewhere, Japhet Tanganga is said to be certain to miss out due to a thigh injury of his own but he is the only definite absentee ahead of this tie.

Spurs will go into this match as heavy favourites to win in 90 minutes with odds of just 1/4 coming from 888Sport and Unibet. The draw can be claimed at 6/1 with VBet while the win for Lokomotiv Plovdiv is right out at 9/1 with 10Bet.

Those figures suggest a comfortable night for Spurs and it certainly should be against a side who finished fifth in Bulgaria’s top flight division last season. As Tottenham fans, we’ve learned to take nothing for granted, however, and we’re looking for a convincing performance to offer hope that we can have a productive campaign despite Sunday’s opener.

It’s fair to say that the bookmakers haven’t exactly embraced this game and it’s not as easy to find a full set of side markets. The main absentee at the moment is the first goalscorer market which we hope will drop in before kick off. It can happen, when one team is very unfamiliar to bookmakers, that we don’t see any individual scorer markets at all so you will need to monitor this if you want to get involved.

We do have some team bets and, if you want to take Both Teams to Score, this option is currently quoted at 5/6 with BetFred. The bookies are a little cagey with this and, for those taking No on BTTS, the figures are still odds on with Unibet and 888Sport quoting 10/11.

It’s a similar tale in the Overs and Unders markets where the modest option of Over 2.5 is quoted at 4/9 with VBet. We often like to push this bet out to Over 3.5 but once again, this is available at an odds on figure of 20/21 – also with VBet.

If the game does go with the odds setters’ predictions, it may be tough to find any real value here. We could go for a Correct Score punt but those are always unpredictable. Our best guess here might be a 4-1 win in favour of Tottenham and, if you’re still feeling positive, you can get 14/1 on that outcome with VBet.

While we have yet to encounter Lokomotiv Plovdiv on our travels into Europe, they are a historic club with a long and successful history in Bulgaria. Originally formed in 1926, they have won six major trophies including the top flight divisional championship in 2003/04.

They are regulars in the Europa League and the name shouldn’t be unfamiliar to those who follow European football but they’ve only appeared in Champions League qualifiers on two previous occasions. As we’ve already seen, Lokomotiv Plovdiv finished fifth in the league last season to secure their Europa League qualification slot.

Their current manager Hristo Bonev is their most famous player too. With 96 caps and 48 goals for the national side, he’s one of the most prolific strikers in the history of Bulgarian football.

Of the current squad, few of the names will be too familiar but we should look to keep an eye on their captain and midfielder Dimitar Iliev who was the club’s leading scorer last season.

Of course we should win but it will need a significant improvement on Sunday’s performance to get past any side. The quality of the two squads doesn’t compare but we need to start with the right formation and personnel, be cohesive and create more for the attacking players.

It’s all fairly basic stuff but that prognosis highlights just how poor we were last time out. We’ll skip the result as we look far too short at those 1/4 odds and will look instead at the side bets.

While it doesn’t sound as though Plovdiv are the most prolific side in European football right now, they will fancy their chances of breaching our defence. We were hoping to get some odds against prices on Both Teams to Score but that 5/6 figure from BetFred is close enough to get us interested.

Our other tip is also odds on but Over 3.5 goals would be relatively safe if the game goes to form. In the greater scheme of things, we are really looking at getting a positive result from the game at Southampton on Sunday but a convincing win here on Thursday night should help to put us all in a better frame of mind following last weekend’s timid display.