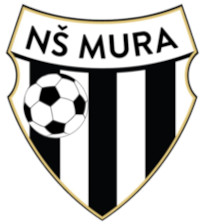 After edging past Leeds United on Sunday, new Tottenham manager Antonio Conte will be looking to extend his unbeaten run in the European Conference League this week. Spurs need to win both of their remaining matches to claim top spot in Group G which would guarantee a place in the round of 16.

We also need to win big here as it’s plausible that we could end up with the same number of points as Rennes who currently lead the section. Goal difference would then decide who progresses, so a repeat of the 5-1 victory in the reverse fixture would do nicely.

Team selection will be interesting here: Antonio picked a strong starting XI against Vitesse for his first game in charge but Mura are the minnows of the group so he may feel he can leave some of those players on the bench.

In terms of definite absentees, Cristian Romero is both suspended and injured. The defender picked up a red card against Vitesse in the last round of fixtures and is out with a thigh problem for an unspecified period of time. Romero’s Argentinian teammate Giovano Lo Celso also sustained an injury on international duty and is listed as doubtful.

Spurs go into this game as heavy favourites and the best odds on the away win currently stand at 1/5 with Betway. The draw comes next at a top price of 6/1 with MansionBet while victory for NS Mura is way out at 14/1 with 888Sport and QuinnBet.

Mura have lost all four of their games in this group with the Slovenians scoring just twice in that time. The highlight of their campaign probably came in the reverse fixture when they got on the scoresheet in the 1-5 defeat at the Tottenham Hotspur Stadium. In short, we should have a comfortable 90 minutes as long as we don’t send out the sort of sacrificial starting XIs that were used in some of our earlier European matches.

First goalscorer markets have been hard to find for these Conference League fixtures and that appears to be the case once again. 10Bet are one of the few outlets quoting odds right now and they kick off with Harry Kane as favourite to open the scoring at 19/10.

Elsewhere, Both Teams to Score is on offer for Thursday night at best odds of 6/4 with QuinnBet. This was a profitable market for us when NS Mura travelled to London and found the net and they have also scored against group leaders Rennes.

BTTS could certainly be one to watch and there are some interesting numbers in the Total Goals betting too. A stake Over the 2.5 line will currently bring best odds of just 4/7 with Unibet while the top price to go Above 3.5 lifts to 31/20 with Unibet once again.

Could this be a night to be brave and take Over 4.5 combined goals? 10Bet are quoting 18/5 if you feel this is the way to go.

We’ll finish with some Correct Score suggestions and a repeat of the 5-1 win for Spurs from the reverse game can be found at 33/1 with 10Bet. If, however, you feel that it could all go horribly wrong then a 2-2 draw could be the option at best odds of 40/1 with QuinnBet.

Our 5-1 win over NS Mura in September looked comfortable enough although there was a scare when the Slovenians took the score to 2-1 on 53 minutes. Goals from Dele Alli and Giovanni Lo Celso saw Tottenham race into an early lead before Ziga Kous pulled one back for the visitors.

The introduction of Harry Kane for Dane Scarlett on the hour changed the match with Harry scoring a hat trick to put the tie beyond reach.

As a right back, Ziga Kous isn’t supposed to be a scoring threat: The 29 year old has just six goals in four years with Mura so who are the players that Tottenham will need to watch?

The leading scorer at this stage in the season is Amadej Marosa who has five goals in 15 matches up to this point. Strike partner Kai Cipot has three in 12 so, while there isn’t too much potency in the squad, Spurs will have had those two watched.

As we always say in these games, much will depend on the make up of the starting XI. For Thursday’s 5.45 kick off, it’s especially hard to guess which side Antonio Conte will send out. Yes we need a win but the Premier League remains the priority and Mura are bottom of the table without a point.

We suspect that there may well be a few changes with a strong bench as back up but no-one can be 100% sure ahead of the official team announcement.

Irrespective of who gets sent out to start the game, there should be some goals in this encounter. It’s rare for an Antonio Conte side to look vulnerable in defence but Spurs are still adapting to his style and the art of playing from Hugo Lloris at the back just isn’t good for the nerves.

Mura will have chances to get on the scoresheet and that 6/4 price on Both Teams to Score looks too good to turn down. Similarly, if the home side do find the net, the chances of Over 4.5 goals coming in will be greatly enhanced.

The final pick does rely on team selection so you may want to see how we line up before committing. Harry Kane failed to find the net on Sunday but, after bullying weak opposition during the international break, he looks a good option to find the net at least twice on Thursday night.