Qualification to the knockout rounds of this season’s Europa League should have already been confirmed ahead of this final match of the group campaign. In Austria last week, Spurs repeatedly allowed opponents LASK Linz to come back into the game and their late equaliser keeps our progression in the balance.

Owing to Tottenham’s superior goal difference, it would take an unlikely turnaround for Linz to leapfrog ourselves and climb into second place but, by beating Antwerp at home on Thursday, we can take all of that out of the equation.

A draw would also be enough but a win would see Spurs top the group and the bookies are expecting a relatively comfortable 90 minutes for Jose Mourinho’s second string squad.

Jose may be looking for a tricky balance as we go into Thursday’s 8pm kick off. Clearly he will need to rest some big name players but he regards this as an important competition and won’t want to take too many chances with team selection.

In terms of absentees, Tanguy Ndombele missed the North London Derby and, while reports suggest he may be ready, it’s believed that the management will save the midfielder for Crystal Palace at the weekend. Erik Lamela’s treatment for a foot injury continues and that appears to be it. Ahead of the Arsenal game, Harry Kane, Hugo Lloris, Sergio Reguilon. Carlos Vinicius and Toby Alderweireld were injury doubts but all came through and are set to be available for Royal Antwerp if needed.

Early market prices show Tottenham as clear favourites to take the three points and you can back the home side at 7/18 with VBet. The draw is the next option on the list at best odds of 9/2 with BetFred while a win for Royal Antwerp can be found at a top price of 7/1 with 888Sport.

Yes, the Belgians did beat us in the reverse fixture but we should be stronger at home and those figures don’t hold any surprises. Antwerp have maintained their good form in the Europa League but domestic results have been mixed and our opponents come into this match on the back of a 4-2 defeat at Genk over the weekend.

Clearly we should be winning but for those who don’t want to take any chances, we have our usual wide set of side markets to consider.

As always, the sportsbooks have based their goal scoring markets on strongest squad players rather than likely team selection so Harry Kane is the favourite to find the net first at best odds of 13/5 with 888Sport. Carlos Vinicius follows at a top price of 7/2 with Betway and GentingBet while Gareth Bale is next up at 4/1 with VBet. Son Heung-Min is the fourth favourite at 9/2 with VBet again while Steven Bergwijn is at 6/1 with 888Sport.

Other options from a Spurs point of view include Dele Alli at 7/1 with 888Sport, Tanguy Ndombele at 10/1 and Giovani Lo Celso at 11/1 – both Betway.

Royal Antwerp’s first representative is also at 11/1: Dieumerci Mbokani can be claimed at that figure with 888Sport.

Elsewhere, the Both Teams to Score bet has continued to let us down with a string of clean sheets in the league. Our European defence is considerably leakier, however, so you may want to consider BTTS at best odds of 14/19 with SportNation and SportPesa.

In the Total Goals markets, punters can go above the 2.5 line for a top price of 8/15 with SportNation and RedZone while a push to Over 3.5 brings a best of 5/4 with 888Sport.

In regards to a Correct Score bet, those who are backing the bookies with a comfortable 90 minutes in prospect can find a 3-1 home win at best odds of 10/1 with 10Bet and RedZone. Alternatively, anyone with a more pessimistic outlook will currently get odds of 25/1 with Vbet for a repeat of the 1-0 win for Antwerp in Belgium.

Our 1-0 defeat in Belgium earlier in the campaign was a forgettable evening in a match where we drew a rare blank. Antwerp’s goal was scored by Lior Refaelov who we had identified as a potential threat ahead of kick off. The Israeli international isn’t an out and out striker but has a healthy return from attacking midfield and a scoring ratio that reaches to around a goal every three games.

Since that victory, the Belgians have returned two further wins and a defeat and they head group J going into this final round of matches. As for the dangermen, Lior Refaelov is obviously in the frame and the Israeli comes into this game with five goals so far this season. Just ahead is Dieumerci Mbokani with six. As we’ve seen, Mbokani carries the shortest odds of any Antwerp player in the individual goal scoring markets and he’s previously been linked with a move to the Premier League. 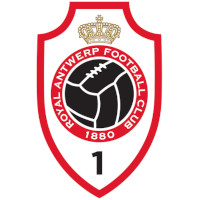 The bookmakers are expecting a one-sided evening and that makes it difficult to find any great value in the markets. Hopefully they’re right but there is little excitement in that short odds-on price for the home win. We’ll therefore switch to an anytime goal scorer and, while Dele Alli is clearly a punt, he has a good chance of starting and his odds of 12/5 look to be reasonably generous if he is in the mood to prove a point.

There is the potential for Over 3.5 goals which has sneaked above Even Money and we’ll finish with the ‘no’ vote on Both Teams to Score. You may want to avoid that one in view of our defensive record in the Europa League but Antwerp aren’t prolific scorers and, away from home, we have a greater chance of shutting them out.