Tottenham Hotspur v Norwich City: Will the Canaries be Singing After 90 Minutes?

Two home games in succession against newly promoted sides should offer a solid opportunity to pick up six points. But this is Tottenham Hotspur and the current squad doesn’t always offer that kind of confident outlook.

Following Thursday night’s clash with Brentford, Norwich City are up next. The Canaries remain in the relegation zone but are unbeaten in their last four games and, with the arrival of new manager Dean Smith, there is a sudden wave of optimism around Carrow Road.

Optimism surrounding a new manager still exists around Spurs although we, like Antonio Conte, are well aware of the need to make wholesale changes within the squad.

On Thursday, we enjoyed a rather comfortable evening against the Bees. A 2-0 scoreline may not sound that convincing but we were rarely troubled and our first two-goal margin of the league campaign shows some encouraging signs for the weeks ahead.

Manager Antonio Conte confirmed this week that Cristian Romero’s hamstring injury is set to keep him out of action until the New Year. January or possibly February covers a wide range of dates for a return.

Elsewhere, Dane Scarlett has also been missing since the international break and his return date is unknown at this stage. News is more hopeful regarding Giovani Lo Celso and Conte hopes that the Argentine will be available for Sunday’s visit of Norwich.

Spurs start as clear favourites for the three points and the best odds on the home win currently stand at 11/25 with Novibet. The draw is the next option on the list at a top price of 4/1 with QuinnBet and VBet while a win for Norwich City is out at 15/2 with BetFred. 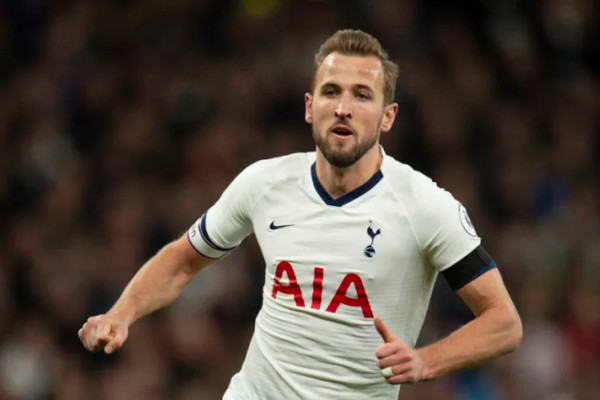 The Canaries’ revival started under former manager Daniel Farke when the side beat Brentford in his final game in charge. Since then, Norwich have also beaten Southampton while sharing the points with Wolves and Newcastle United.

Tottenham started with a draw and a win in Antonio’s first two league matches before Thursday’s victory over Brentford. There are problems in the squad which have been highlighted in the Europa Conference League but seven points from a possible nine in the EPL represents a promising start for the new manager.

The first goalscorer betting is also fairly predictable with Harry Kane out in front. Our main striker leads the way in this market at best odds of 13/5 with Unibet while Son Heung-Min is next at a top price of 5/1 with VBet.

Our regular round up of team bets starts with Both Teams to Score which is on offer this time at best odds of Even Money with VBet. This market is odds on for most games so that’s definitely one to consider.

Elsewhere, a bet Over the 2.5 goal line can currently be matched at best odds of 13/18 with VBet again. Those numbers aren’t quite as exciting but you can look at taking that above 3.5 combined goals for odds of 9/5 and, once again, those figures are from VBet.

That just leaves us with our regular look at the Correct Score betting and, if you’re going in with a positive outlook, the 3-1 home win can be claimed at 21/2 with Novibet. The 1-1 draw is quoted at best odds of 9/1 with 10Bet while a 2-1 victory in favour of Norwich City is available at a top price of 25/1 with 10Bet once again.

As a newly promoted team, there is no corresponding fixture to look back on from last season so we’ll briefly run the rule over head to head stats. The last time that Tottenham and Norwich met was in the FA Cup in March 2020 when we lost on penalties after the game itself finished at 1-1.

Prior to that, goals from Dele Alli and Son Heung-Min, either side of a Teemu Pukki penalty, secured a 2-1 home league win in January of that year.

Overall, the two teams have met 74 times in senior fixtures. Spurs have won 32, lost 24 and there have been 18 draws. As always, it’s about winning the next one but it’s interesting just to look back over those games.

It’s still early days in the Antonio Conte reign although it’s probably been long enough for the new manager ‘bounce’ to have dissipated. The boss has to work with the tools that he’s been given, until January at least. Early signs have largely been promising and it was nice to enjoy a relatively stress-free evening against Brentford last time out.

Meanwhile, Dean Smith’s arrival has led to a boost in Norwich’s form and this game is far less easy to assess than the result betting suggests.

Yes, we should win it but, as usual, we’ll avoid predicting the result just in case we happen to jinx things. In regards to confirmed selections, we’ll start with Both Teams to Score. The Canaries have now got some belief in front of goal while Spurs continue to cause palpitations, especially when they play out from the back.

The goal scorer pick this week is Lucas Moura who can come to the fore against perceived weaker opposition. Rather than take Lucas for the first goal, we’ll opt for a strike at any time in 90 minutes which looks a reasonable bet at odds of 21/10 with 10Bet and MansionBet.