Old Spurs Photos: Some Gems from Our Collection

Growing up, your author was living in the Hertfordshire town of Cheshunt and this is strategic for two reasons. Firstly, we’re talking about the 1970s and early 1980s here when the club’s training ground was just a stone’s throw away from the town centre.

These were carefree days: There was no waiting around for an annual training day when Tottenham threw their facilities open to the public and there were no checkpoints on the gate. If it was the holidays or there was some nefarious reason why you weren’t at school, you could just stroll up and watch the first team, and the reserves in action.

The club’s official photographer was also in Cheshunt and, despite losing a number of photos over the years, I still have some exceptional items in my collection. With that in mind, this seemed to be a perfect opportunity to take a trip down memory lane and share some of these with our readers.

The Man in Charge

Even the newest fans among us will be aware of the legacy left by the great Bill Nicholson. He was the most successful manager in the history of Tottenham Hotspur Football Club but his achievements may mask the fact that he also enjoyed a long playing career at White Hart Lane.

Billy Nick was at Spurs for 15 years as a player from 1938 and, although the Second World War interfered with that long run through to 1955, our future manager was an important part of the Arthur Rowe teams. I’m pretty certain that he features here in the centre of this photograph which appears to depict Tottenham conceding a goal. Any help with other players and also the opposition would be greatly appreciated. 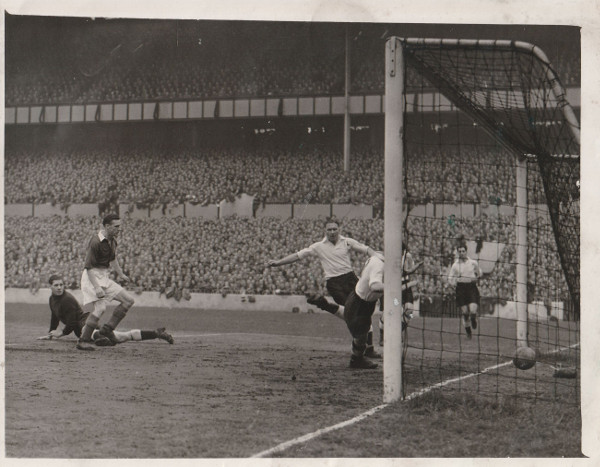 Two players who have been sadly lost to us in recent times are Martin Peters and Alan Gilzean. Both were very important to this impressionable young fan while growing up and watching us win trophies in the early 1970s.

In this photo, both men are going for the ball and it’s notable that Peters and Gilzean were constant threats with their heads from set pieces. Once again, the opposition aren’t obvious but this may be Nottingham Forest? 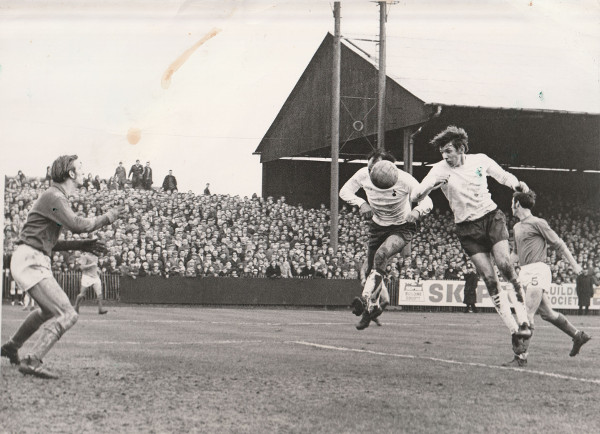 The collection includes a number of team photographs from the early 1960s to around the mid-1970s. It’s a fairly small window in terms of the history of the club but the two decades mark a successful period.

Of course, it all kicks off with the great double winning side, managed by Bill Nicholson. Here they are at the end of the season with the two trophies – the League Championship and the FA Cup. 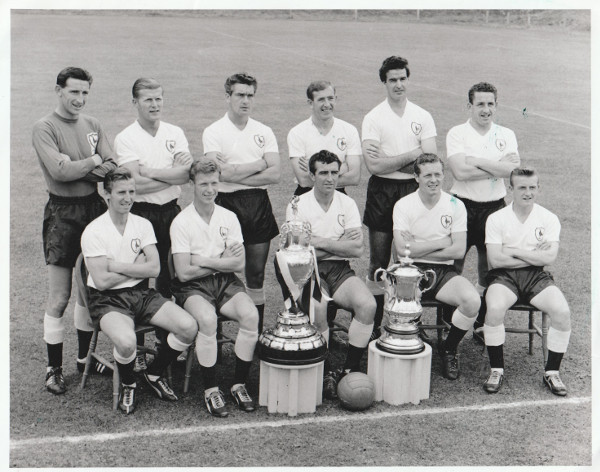 The following season, Spurs added Jimmy Greaves to the squad and he would go on to become the leading goal scorer in the club’s history. In 1961/62, there would be no league championship win but we did successfully defend the FA Cup at Wembley. 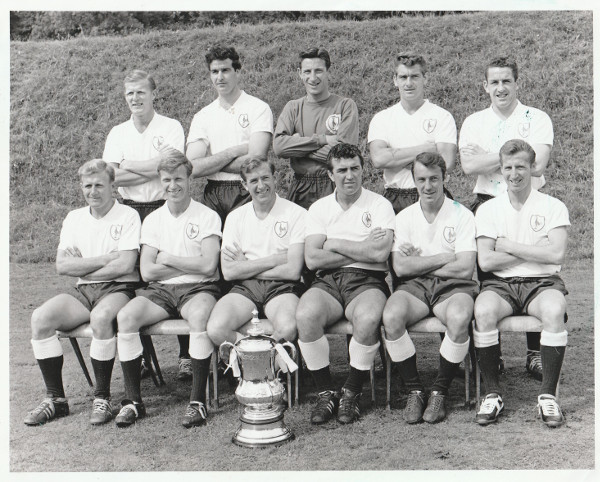 From there, we move on to the 1970s and our first colour team photograph. This is a comprehensive one of the entire squad and it’s interesting to try to identify some of the reserve players that are here. Why not have a go and see if you can name the entire line up.

In terms of silverware, we were the first ever winners of the UEFA Cup after it was renamed from the Fairs Cup in 1972. As for the second trophy that’s there, we’re not too sure. We thought it was the FA Youth Cup but we won this in 1970 and 1974 so that doesn’t quite fit.

Once again, if you can help here then please add a comment or get in touch. 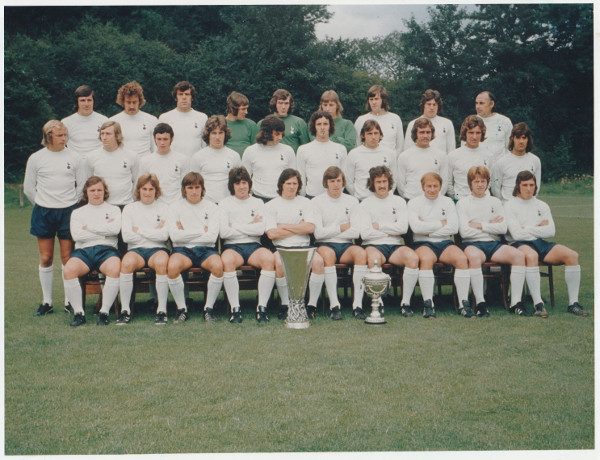 There are a number of what used to be called ‘pen pictures’: Small photographs that depicted a single player. Like most of the photos in this particular collection, the subjects are key personnel from the 1970s and here we have, in no particular order, Pat Jennings, Steve Perryman, Alan Gilzean and Alan Mullery.

The Mullery photo is well-staged and the most interesting of the four but all of them have a welcome place in the collection. They are legends and important figures during that 1970s period and in the case of Steve Perryman, he would go on to become a record holder with the most number of appearances in a Spurs shirt.

The following photo may well be in most fans’ collections in some form. It is perfectly timed in the sense that it captures a brilliant moment that sums up how Dave Mackay was as a player. In this shot, the combative Scot is lifting up Leeds United’s Billy Bremner with the referee and our own Terry Venables looking on.

The story behind the photo suggests that Mackay was just returning from a broken leg and that Bremner had just gone in with the possibility of breaking it again. It is, perhaps, the most iconic Spurs photo ever and while this is a reprint, it still takes pride of place. 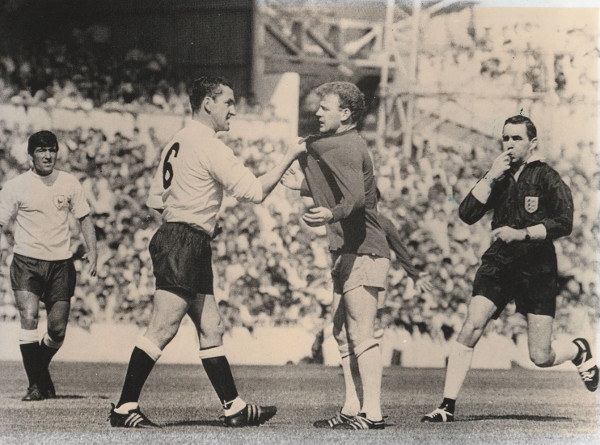 Those are our offerings and we hope that you’ve enjoyed looking through them. At various points we’ve mentioned help in identifying opposition players and we would appreciate any assistance in this respect so that we can fill in any blanks.

At the same time, we’d also ask if you have any photos that you’d like to share with us and our readers. If so, please send across a scan. Our images most relate to the 1960s and 1970s but they can be from any era and we welcome anything that you have.