After four consecutive seasons in the Champions League, Spurs missed out on the top four at the end of the 2019/20 campaign. An extended season prolonged the agony for many of us who had retained high hopes of a successful period following our Champions League final appearance in 2019.

What followed is well documented as poor results led to the departure of Mauricio Pochettino and the appointment of Jose Mourinho in his place. The circumstances are raw for many of us so, rather than dwell on the past, we’ll use this article to look ahead to 2020/21 and speculate on what might happen next. 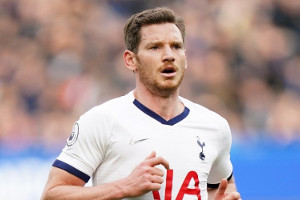 It’s been positive to see the club acting quickly in certain areas at the end of the season. Jan Vertonghen was clearly struggling at the end of the last campaign and it was no surprise that the likeable Belgian centre half was released, almost as soon as the final ball was kicked.

One bit of news that almost went under the radar concerned Troy Parrott’s loan deal to Millwall. Many Spurs fans are excited over the young striker but he desperately needs game time if he is going to start delivering on that undoubted potential. Let’s hope that Parrott enjoys a run in the Lions’ side from the start of the new Championship campaign.

Other loan spells need to be considered carefully before a ball is kicked in anger. Jack Clarke’s trips to Leeds United and QPR last season were pointless and of no use to either the player or his parent club. Tottenham will need to think carefully about Clarke’s position in the squad, along with other fringe players such as Dennis Cirkin.

One loanee inside the Spurs set up last season was Gedson Fernandes who featured in just seven Premier League games following his arrival from Benfica in January. It’s not a good sign in regards to his future and some news of a return to Portugal will surely come soon.

This is the bigger question and we’re now set for a flurry of gossip for as long as the summer transfer window stays open. The only real surprise is a lack of consistent names doing the rounds although the Southampton midfielder Pierre-Emile Hojberg has been something of a constant.

Danish international Hojberg has spent the last four seasons at Southampton after starting his career with Bayern Munich and he could come in to fill the gap that Gedson Fernandes has so far failed to cover.

Perhaps we should address the areas that need strengthening and many of these come in defence. At left back, Jose Mourinho seems to be a fan of Ben Davies while Danny Rose has been speaking of a return to the club for a last farewell. Many supporters reacted to that development with suggestions that Rose should be sold and Dennis Cirkin promoted as Davies’ understudy. Others would also like to see Davies sold but that seems less likely.

Elsewhere, Serge Aurier has struggled and while he receives utmost sympathy for the loss of his brother, we simply need someone more reliable at right back. Jan’s departure leaves a potential vacancy at the heart of defence although Eric Dier’s new contract suggests that he will slot in as one of three options, along with Toby Alderweireld and Davinson Sanchez.

The midfield roster may be overflowing but will the club look for an effective replacement for Christian Eriksen? Giovani Lo Celso was signed on a permanent basis in the summer but this is an area to consider.

Finally, there is the old chestnut relating to a back up striker to Harry Kane. Will Jose want someone in the wings and who would be prepared to come in and wait on the bench to see if Harry picks up another injury?

We are back in Europe but do we really want to be there? Harry Redknapp famously said that it was harder to get out of the Europa League than it was to get in it while other managers feel that the competition can be something of a distraction.

Jose Mourinho might just feel the same way but this is a trophy that he has won in the past. It was an important piece of silverware during his tenure at Manchester United and the Europa League would be seen as definite collateral if we were to land it. 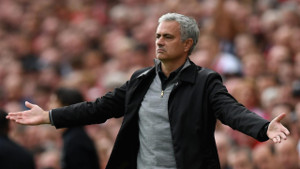 We’ve certainly got a fascinating period coming up as Jose Mourinho looks to embark on his first full season with Tottenham Hotspur Football Club. Will he be able to get the players he wants and how does he manage what will be a busy timetable?

Will Mourinho play his strongest XI in the Europa League or will this scheduling, which can involve long round trips on a Thursday night, ahead of Sunday league games, alter his thinking? A slight caveat to that relates to the format of the competition itself and whether travel around Europe will be affected by the ongoing Covid-19 situation.

In the first instance, we await news of any future arrivals at the club. This will be an interesting summer and, along with the question as to who comes in, we should also be asking when. Will the deals be left to the last minute again or will the club attempt to sign early so that Jose can work in pre-season with a settled squad?

These are transitional times and Mourinho won’t be given long to turn the club into winners but is it too early to expect results in 2020/21?