One point from Spurs’ last two matches means that the club has fallen behind in the race to claim the final Champions League place. A draw away to Brentford last time out sees Tottenham drop into fifth.

The battle for the top four is still in our hands and the game against Arsenal on May 12th may yet decide everything. However, this would need a significant lift on the last two performances, both of which were forgettable affairs.

Next up is the visit of Leicester City on Sunday in a 2pm kick off. We overcame the Foxes in dramatic style in the reverse fixture but can Antonio Conte’s men put a smile back on our faces at the end of 90 minutes?

Oliver Skipp signed a new contract in the week. That’s good news for the club and the young midfielder but it would be nice to see him back on the pitch. Unfortunately that’s not going to happen again this season and it’s now been confirmed that Skippy will miss the rest of the campaign.

Skipp joins Japhet Tanganga and Matt Doherty as long term injury victims and they are the only reported absentees so far. There are no suspensions so the squad is close to full strength.

Whoever compiled the match result betting clearly hasn’t been watching Spurs in action over the last two weeks. Tottenham start as red hot, odds on favourites for the win at 4/9 with BetFred and Coral. The draw is the next available option at a top price of 15/4 with Unibet and QuinnBet while victory for Leicester can be found at 6/1 with Coral and Ladbrokes.

While the last two games have been disappointing, Tottenham’s overall form is solid with four wins, one draw and one defeat from the last six league games. The dip has been a little puzzling – especially the lack of goals – and that’s the concern going into Sunday’s game.

Could Matt Doherty’s absence be having such an adverse effect on the team? All joking aside, it will be a relief to see a real threat at the opposing end of the pitch but, if I were a neutral, I’d be seriously interested in the draw or the away win.

Let’s try and keep it positive: Harry Kane is due a goal and our first choice frontman starts as the favourite to open the scoring at best odds of 14/5 with Unibet. Next up in the first goalscorer market is Son Heung Min at 33/10 with VBet while Dejan Kulusevski follows at 13/2 with Unibet. 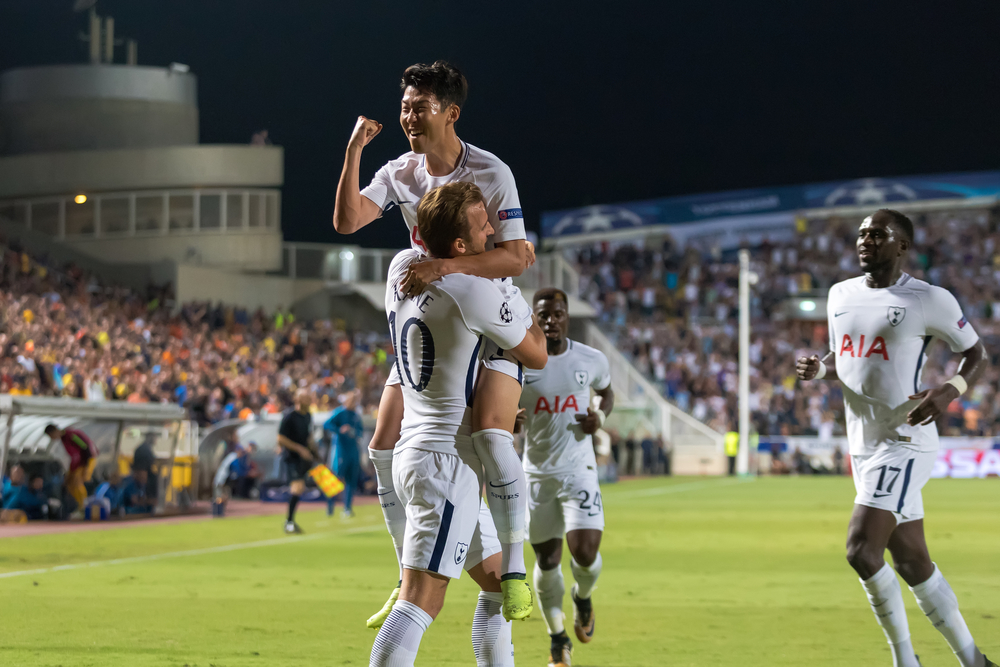 As for Leicester’s first option, you have to go down to find Jamie Vardy at 79/10 with VBet. Other options from a Spurs perspective include Steven Bergwijn at 13/2 with Unibet, Lucas Moura at 8/1 with Unibet and Ryan Sessegnon at 14/1 with VBet.

In other side bets. Both Teams to Score is available for Sunday’s match at best odds of 31/40 with Betway. If you prefer to consider the ‘no’ bet on BTTS, this can be claimed at 27/25 with Unibet.

Moving across to Total Combined Goals and a stake Over the 2.5 line currently attracts a top price of 8/13 with SportNation. By lifting that a step higher to Over 3.5, the figures climb to 6/4 with Betway.

Bearing in mind that Spurs’ last two games have produced just one goal on either side, you may want to look at Under 2.5 which is quoted for this one at a top price of 7/5 with Unibet.

This leaves some Correct Score suggestions. Those with a positive attitude coming into Sunday’s game may want to consider the 3-1 win for the mighty Spurs which is on offer at 10/1 with 888Sport and VBet. A 2-1 away win would be met with odds of 20/1 with QuinnBet while the 2-2 draw is available at 16/1 with QuinnBet.

Some of the games in this section are instantly forgettable and that’s certainly the case here. Last season’s corresponding fixture ended in a 2-0 home defeat with goals from Jamie Vardy and a Toby Alderweireld own goal sealing our fate.

Since the start of the 2010s, our form against the Foxes has been mixed. However, if we go back six years to January 2016, Tottenham have the upper hand with eight wins, one draw and three defeats from the last 12 games. It’s all about winning the next one but those head to heads are quite encouraging.

As we said last week, who knows what to expect from the Tottenham team? Almost as soon as you start believing, just as a run of four straight wins makes them look invincible, they start to let you down.

We’ve not really touched on Leicester City’s form. For the record, they’ve picked up nine points from their last six matches. Two wins, three draws and a defeat combine for those nine points. Spurs’ overall form is better across the same period with four wins, one draw and one defeat.

Of course we should be winning it but, as per usual, we won’t tempt fate by tipping a result. Spurs should really be getting on the scoresheet for the first time in three games and we’ll kick off with Over 3.5 Goals and Both Teams to Score. We’ve seen some open and attacking games between these teams – including the 3-2 at the King Power this season – and we expect the pattern to continue.

There aren’t too many interesting prices among the Spurs players for individual goal scorer betting but Dejan Kulusevski is due. His impressive run of goals and assists has tailed off, but he still looks a good option at 21/10 for an anytime goal.